Murray immortalised as footnote in world's most boring rivalry

ANDY Murray will be remembered as the guy Rafael Nadal usually beat before he beat Roger Federer in the French Open final, it was confirmed last night.

The plucky Scot has finally secured his place in the modern game as one of the one’s that someone might remember in some unimaginably futuristic edition of A Question of Sport.

As the International Tennis Federation officially lost count of the number of times Nadal has lifted the trophy at Roland Garros after beating his Swiss rival, attention focused on those other players who have played a key role in creating one of the most grindingly tedious sagas in the history of running around after a ball.

Julian Cook, professor of tennis at Reading University, said: “In 50 years time when someone is asked who Rafa Nadal beat in the 2011 French Open semi-final they will now be able to guess that it was Andy Murray with a high degree of confidence.

“Only Novak Djokovic now stands between Murray and something that is almost immortality and therefore, by definition, absolutely nothing like it.”

Murray’s sponsors are also keen to commemorate his achievement with the Royal Bank of Scotland unveiling the slogan ‘partners in world class disappointment’.

Meanwhile organic cereal maker United Global Industries is to change the packaging of their popular Choccy Blobs to read, ‘All the vitamins you need for a semi-final thrashing’.

Professor Cook added: “Finals are only possible because of semi-finals. Indeed you could say that the two semi-finals are really the parents of the final which of course makes Andy Murray the father of something that is quite incredibly dull.

“I think that’s something we can all be very proud of.”

Of course it was beansprouts 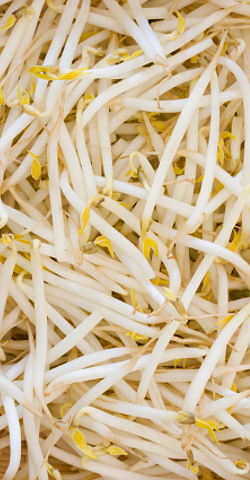 AN inquiry was launched last night into why it has taken more than a week to trace the Ecoli outbreak to the foulest of all vegetables.

As hundreds of innocent cucumbers were dragged behind horses through the streets of Hamburg, beansprouts, the weasels of the vegetable kingdom, watched and cackled from an upstairs window.

But now the tasteless, wind-inducing perverts are on the run after scientists confirmed what everyone had suspected all along.

Roy Hobbs, an amateur biologist from Grantham, said: “Of course it was. Why do we always try to be too clever? Will we never learn that in any potentially complicated situation the most obvious answer is always the right one?

“I said to my wife last week, ‘I tell you now, this is beansprouts and we appease them at our peril’.”

He added: “It’s probably too late to stop them. The genie is well and truly out of the bottle of beansprouts. That said, I think  we should still take this opportunity to put all the vegetarians in special camps.”

Meanwhile, the discovery is a victory for Tom Logan, a wild-eyed, unshaven man who has been standing on a wooden box in Parliament Square for the last 10 days wearing a placard which reads ‘yeah, and ye shall know its name and it shall be beansprouts’.

He said: “They will come unto us in their little tinfoil boxes after being cooked by busy, no-nonsense Chinese people who we are too scared to argue with.

“They will worm their way into our gentle stomachs and ferment their evil and we will be sore afraid and gassy.

“But through faith, and perhaps having the fried noodles instead, we can send them back to hell.”