Nobody sure who invited West Brom to Superleague talks

Manchester United executive vice-chairman Ed Woodward said: “We were all saying how nice it was to get away from the riffraff, the Norwich Citys of this world, so it was a jolt to see Jeremy there in his Marks & Spencer suit.

“Arsenal CEO Ivan Gazidis and I exchanged stories about what it’s like running a global superpower only for Peace to drown us out with a story about how he managed to get some knock-off kits from a market stall in Birmingham.

Woodward added: “In fact he was pretty much the loudest man at the table, except for when the bill arrived, then he suddenly went very quiet indeed.”’

Peace said: “I’ve volunteered to host the next meeting at the All Bar One in New Street Station.”

Health benefits of misery ‘suggests people from Yorkshire should be immortal’ 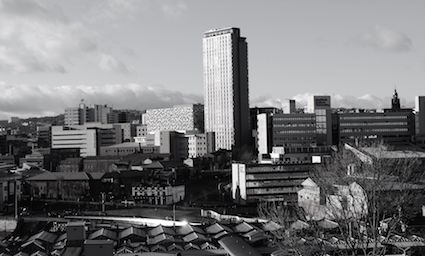 SCIENTISTS who discovered that being unhappy could be healthy have admitted that people from Yorkshire should live for ever.

Researchers found that previous advice for a healthy heart – no smoking or drinking and plenty of exercise – may have been beneficial simply because it made people feel so utterly miserable.

But they admitted their findings are undermined by the fact that Yorkshire is not home to a race of immortal superhumans.

Professor Henry Brubaker, from the Institute for Studies, said: “I would suggest moving to Yorkshire and immersing yourself in their culture of unremitting complaints and deep unfriendliness. But they do seem to have a fairly average lifespan.

“Perhaps it’s all an act and when they’re sure there are no ‘foreigners’ in the vicinity, they damage their health by dancing in the streets and celebrating the joy of being alive.