OLYMPICS ticket applicants have been posted an elliptic set of messages that will eventually reveal what sport they will be watching.

As entirely random amounts of money were taken from bank accounts, the person behind the clues for Ted Rogers’ 3-2-1 was brought out of retirement, along with an army of cryptic crossword compilers, to write the receipts.

Baffled Carlisle purchaser, Wayne Hayes, said: “I got a slip confirming I’d paid £385 and a scroll of parchment saying ‘What walks on the earth but cannot see sky? Its eyes number 20, but has just six thighs’.

“There was also a train ticket to Knutsford and a false moustache.

“Am I going to the rowing, the opening ceremony or the official firing of Seb Coe? For all I know I may even be competing in the bloody thing.”

The next stage will be a series of adverts directed by David Lynch and Darren Aronofsky featuring dream sequences and mathematical equations that will, according to organisers, ‘spark image clouds in the collective unconsciousness of the public which will gradually reveal to them whether they managed to get to see any athletics or not’.

The ticket lottery method is being adopted by other companies including Ryanair, whose chief executive Michael O’Leary was drawn to the arbitrary and completely unfair aspects of the process.

A spokesman said: “From next April a customer who wants to go to Alicante could find they have actually bought 200kg of freight space in a flight to Uzbekistan.”

But the process was criticised by Olympologist, Tom Logan, who said: “In China everybody knew seven years in advance what event they’d be going to see and how many times they would be required to clap their hands together.

“The only thing we’ve got right is telling Boris Johnson to piss up a rope.” 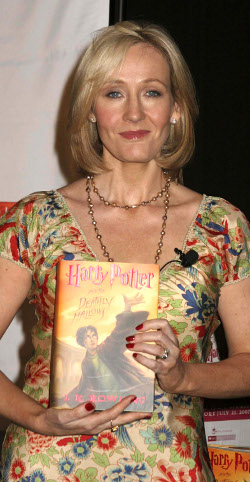 Researchers have identified clusters of gayness around well-stocked school libraries and quaint market towns with independent bookshops run by two middle-aged men who live together.

According to latest figures only 40% of UK children live in households with 10 books or fewer, including instruction manuals and catalogues for replica samurai swords.

Now all parents are being urged to slash their book numbers in a bid to avoid an upsurge in the most dangerous forms of poovery.

Illiteracy campaigner, Bill McKay, said: “Parents need to be made more awarerer of the bad effects of reading.

“When you think about it, the crease between the pages of a book looks like a man’s arse cleft. If you squint, the words even look a bit like hairs.

“So letting your kids read books is like encouraging them to stare for hours at a bloke’s crack, which is enough to make Jason Statham put himself up Danny Dyer.”

He added: “Also, some books are very hard to read and hard things aren’t fair. I don’t see that there’s anything my kids need to know about life that they can’t learn from Metal Gear Solid.”

John Steinbeck’s Of Mice and Men was recently removed from school syllabuses after it was discovered to be a predatory homosexual.

Parent Emma Bradford said: “It’s about these two blokes in dungarees that go around together, like a couple.

“I haven’t properly read it but apparently they take it up the rear in exchange for something called ‘grits’.