WAYNE Rooney has assaulted his own horse in a fit of jealous rage after it won a race.

The Astroturf-pated England meanderer part-owns the horse Youartisonfire. He initially bought the animal with the intention of eating it under a bridge, but realised its racing potential after it galloped away as he attempted to douse it in ketchup.

Jockey Tom Logan said: I was brushing down the horse after it won at Haydock Park when Wayne appeared, accused it of being a smart arse and trying to show him up, then sparked it out with a single blow to the nose.

He then kept asking the unconscious horse whether it thought it was better than him. I tried to reason with Wayne but quickly realised the inherent irony of explaining to a footballer that dumb animals dont understand words.

Rooney has ordered that the horse runs future races with Ashley Young strapped to its back, to ‘see how many things it manages to win then’.

He has also shaved its mane and given the hair to his trichologist with a view to transplanting it onto his head, despite warnings it may make him look like Andy Carroll.

According to Rooney’s handlers, he has also had anything that has ever won any sort of award removed from his house, leaving his £4 million pen full of not-quite-state-of-the-art gadgets and good-but-not-brilliant food.

Logan added: The horse is okay now but when I tried to feed it a potato it absolutely freaked out. 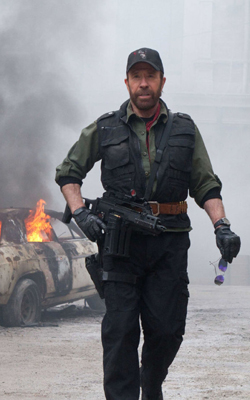 THE axing of five British army battalions will create hundreds of movie-style vigilantes ready to fight crime by their own rules, the government has claimed.

Ministers believe a massive influx of embittered, muscular men with bad hair and survival skills will give the UK a calibre of vigilante not seen since New York in the 1970s.

“The former soldiers will return to their once-peaceful home towns, only to find police cuts have turned them into hotbeds of drugs, gambling and prostitution, probably controlled by a gang called ‘The Skulls’ with mohicans and matching leather jackets.

“That’s when our heroes spring into life – paranoid, embittered and ready to start a war, they’ll uses a variety of weapons from guns to strimmers to clean up the streets, possibly even feeding a gangster into some sort of wood-pulping machine along the way.

“Instead of overpaid police filling in paperwork your neighbourhood will be protected by a loner combat veteran in Ray Bans and stonewashed denim, who carries a bazooka and probably has a pet eagle.

“Within days the crime rate will be virtually zero. And rest assured, if our vigilantes get out of hand and start running amok with flamethrowers, we’ll get helicopter snipers to come and kill them.”

Lance corporal Tom Booker, discharged after six years loyal service in Iraq and Afghanistan, has moved his wife and daughter into a near-derelict house at ground zero in a vicious drug war.

He said: Pretty soon, theyll be kidnapped by street thugs and Ive got all the motivation I need for a revenge bloodbath complete with improvised explosives, grim post-killing quips, and a final stand-off on a roof.