Rooney sidelined with chronic awareness of futility of existence

WAYNE Rooney will be out of action for six weeks after he realised during training that all human endeavour is ultimately pointless.

The Manchester United star was competing for the ball with Michael Carrick when he was stopped in his tracks by a gigantic epiphany.

Manchester United doctor Emma Bradford said: “We could immediately see he had suffered a severe case of existential crisis.

“He was muttering about the fragility of the human condition and the pointlessness of life and the Europa League.”

United have put Rooney on an emergency training programme that includes nursing a baby chick back to health, but thoughts will inevitably turn to Owen Hargreaves who was forced to retire in 2012 after an opponent asked him to imagine the sound of one hand clapping.

Rooney said: “Obviously I’m gutted, but then again one day everyone and everything in this world will die.” 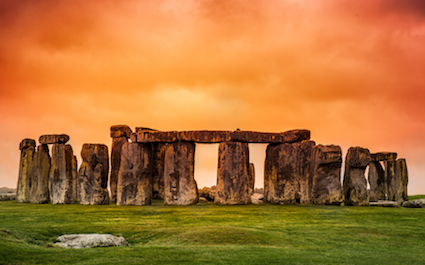 BRONZE Age families lived much like the middle class of today, with lots of wooden stuff and artisanal pottery.

A dig in Cambridgeshire has discovered that people living 3,000 years ago made their own bread, insisted children play with hard-carved toys and rejected bronze entirely as too modern and vulgar.

Professor Norman Steele said: “A great deal of the furniture was made not just of wood but of reclaimed wood, which was believed to be more authentic than merely cutting down your own.

“They refused artificially preserved food, preferring to eat fresh and organic, and kept flint axes on their walls as a reminder of England’s sadly vanished noble past.

“Evidence suggests they had no idea what Stonehenge was for but dragged their kids around anyway, making it a kind of primitive Tate Modern.”

He added: “They did eventually start using bronze just as the Iron Age began, describing it as so much warmer and more natural than this dreadful new metal.

“They were unbearable. I’m glad they’re all dead.”