Rory McIlroy 'was psyching himself up in bathroom mirror'

RYDER Cup hero Rory McIlroy was almost late for his match because he was in the middle of an intense, bathroom mirror psyche-up.

With minutes to spare before his tee-off time, panicked European team officials broke down McIlroy’s hotel room door to find the world number one announcing: “Ladies and Gentleman, please put your hands together for the Jesus H Christ of Golf!”

Hacking their way into the bathroom, they found the Northern Irishman millimetres away from the mirror screaming: “I’ll fuck anything that moves!

He was then dragged into a waiting car, while demanding they take him back to the mirror so that he could call himself a ‘a sabre-toothed putting machine’. 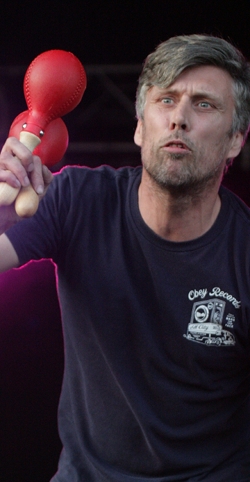 FALLING drug use is a serious threat to the economy, ministers have warned.

As recreational drug consumption hits an all-time low, the repercussions are being felt across Britain’s highly profitable creative sector.

Announcing a U-turn on drugs policy, prime minister David Cameron said: “Having weaned everyone off drugs, we now realise that our nation’s only worthwhile export was crazy ideas thought up by people while off their tits.

“From coked-up advertising executives to pillhead dance music producers, it seems that for the last decade or so drug users have been the modern equivalent of the steel industry.”

From next week, everyone under 25 will receive a Drugs Starter Kit.  The tin, which is decorated with fractal dolphin imagery, will contain ecstasy, half an ounce of ‘soap bar’ cannabis resin, a Twix and a Snoop Dogg CD.

“I need to know that come Friday night theres a wrap of charlie and a couple of pills.

And if youre on drugs you want more cash in your pocket. You cant snort speed through a pound coin.”

Chancellor George Osborne added: They say cocaine makes you arrogant and deluded, but everyone in my social circle takes it and they’re just lovely.”