The contest between Dallas Cowboys and Jacksonville Jaguars, which killed 16 players and injured more than 200 spectators, has left the pitch strewn with human debris ahead of Saturday’s game against Slovenia.

Hodgson said: “A few arms we could cope with. But when I pulled one half-buried leg out of the centre circle it turned out still to be attached to quarterback Tony Romo, who had been buried alive in a complex offensive play.

“Even without oxygen for 12 hours his intense will to win remained, and he tore up half the pitch dragging his broken body to the touchdown area.”

Poppies distance themselves from Daily Mail 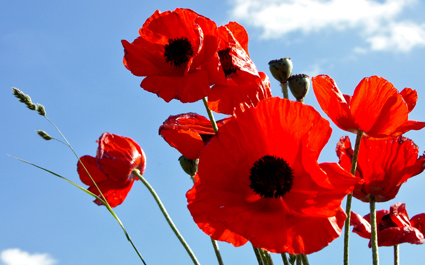 POPPIES have rejected any association with the paranoid, hate-fuelled agenda of The Daily Mail.

The herbaceous plants spoke out after finding their likeness incorporated into the paper’s logo.

Poppy Tom Booker said: “We are peace-loving plants, happy to wave about in the breeze looking attractive and to occasionally be harvested for medicinal purposes.

“While we are fine with having some symbolic meaning, we have no truck with cellulite-obsessed basket cases who peddle personal tragedy as coffee break entertainment.

“That is just not cool.”