After weeks of heavy shelling from back gardens across the country, the loose affiliation of anally-retentive dads and cocky adolescent bastards has agreed to stop for the next eight weeks and allow cat owners the chance to let their pets outside.

Slightly odd father-of-two Wayne Hayes said: “I’ve got enough ordinance in my shed to see off a tank battalion but I’ll lay off for a while unless somebody invents a new religious festival in the next few weeks.

“It’s a shame as I’d just laid my hands on a box of naval flares.”

Under the terms of the ceasefire, sparklers and party poppers are still allowed but dicking around with Coke bottles full of Mentos would be considered an act of war.

George Osborne claims to have negotiated second finger of Twix 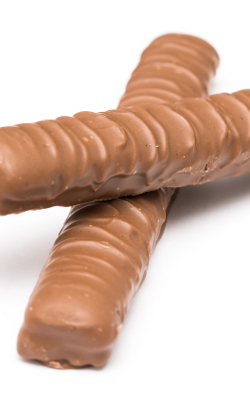 BRITAIN got two chocolate bars for the price of one following negotiations with a Brussels vending machine, according to George Osborne.

The chancellor has proudly shown off a Twix under a glass cloche while refusing to answer any questions about its wrapper.

He said: “I was stern and resolute as I strode to the machine on the fifth floor of the Willy Brandt building, determined it would not best me again.

“As I saw it was charging one Euro even for a Daim bar I stood my ground, informing it that the British people would not be robbed blind by this unelected monster.

“Reason prevailed and I have returned with two individual bars for my single Euro, which is a fantastic result for Britain.

The government has since issued an official statement denying that Twix, Twirl or Bounty are available in Belgium.

Meanwhile Labour claims that if Ed Miliband were elected his elastic arms could reach up through the hatch and pluck Pom-Bears from the rungs without anyone having to pay a penny.