Strauss Denies England In Control Of Their Actions

In a passionate defence of his players, the England captain insisted the team’s performance is merely a form of sporting Brownian motion with results being the application of chaos theory in action.

Strauss said: “We could no more dishonestly affect the outcome of a match than we could catch that hard red thing that flies all over the place.

“If you were to plot our intentions versus the outcomes, you would have two graphs of random, wildly flailing dots.

“And if it was us bowling, half the dots would have flown completely off the graph into a neighbouring mathematical equation and we’d have to ask it nicely to throw them back over.”

He added: “English cricket is governed by two universal constants – a chronic
inability to learn from one’s mistakes interspersed with a series of
happy accidents.

“The idea that the traditional English middle order collapse is
somehow deliberate is a bit like saying Scotland lose football matches
on purpose. Or that Noel Edmonds is being paid to be a fucker.”

Meanwhile, shadowy betting syndicates have been approached to see if they can bribe English sportsmen to win things.

The ECB, the FA and the British Athletics Association have all made it known that they have no problem with the nobility of the game being compromised in exchange for just a tad less unremitting awfulness.

Cricketologist Roy Hobbs said: “Our sportsmen have consistently proven that there’s absolutely nothing they won’t do for money – so let’s see if that could also include not being utter piss for five minutes.” 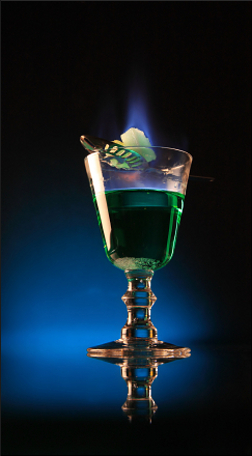 DIMITAR Berbatov will spend the next eight months sipping absinthe from a jade goblet after completing his 90 minutes of effort for the season.

The Bulgarian striker paused from writing his latest tome of symbolist poetry to score a hat-trick against Liverpool, which he later dedicated to the 12 catamites currently residing in his Moroccan summer home.

Manchester United manager Sir Alex Ferguson said: “The lad’s done well, especially when you consider he’d been awake for the last three days arguing about the films of Jean Cocteau with a gang of Turkish sailors.

“While he has cut down on the Gauloises, he did nearly poke Nani’s eye out with his alabaster cigarette holder in training the other week going for a header.”

Many fans criticised the decision to sign the Bulgarian at the age of 27, especially after he published his 2008 art manifesto in Berlin that insisted true greatness could only be achieved by dying of consumption at the age of 30 while clutching a battered copy of Crime and Punishment in your nicotine-stained fingers.

But the striker made history yesterday, becoming the first Nobel literature laureate to score a hat-trick against Liverpool since Herman Hesse turned out for Preston North End in 1946.

Berbatov said: “The dichotomy for the modern player lies in the tension between the needs of the team and the ambition of the individual. Do I strike the ball or does the ball strike what I perceive to be me?”

He added: “So when O Shea’s knocked it over, I’ve just outjumped big Jamie Carra at the far stick and gave it the beans into the back of the net.

“‘Foot’ ball is, is it not, a beautiful, terrible, mesmersing unicorn. To quote Peter Beardsley.”