Sunderland to spend £30m on someone, anyone

SUNDERLAND has pledged to smash its transfer record to bring in anyone, anyone at all.

While other Premier League teams have spent heavily on new signings, Sunderland face being left behind unless they can persuade a player, any player, to sign for them.

Club chief executive Martin Bain said: “We’re close to finalising a hugely exciting £30 million transfer that will show we’re a team to be taken seriously. All we need is a player.

“If anyone out there wants to play for Sunderland, give us a ring and ask for Martin. We can give you a hundred grand a week and a personal chef.

“Just get in touch. Please.”

“Eventually he admitted it was Sunderland, and that playing for Sunderland would involve me living in or near Sunderland. Plus, I may have to do whatever Sam Allardyce told me to and I don’t think I’d be comfortable with that.” 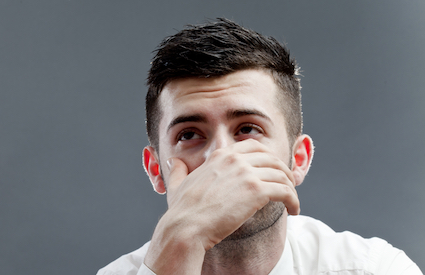 THE heatwave currently hitting Britain has led to a huge rise in people moaning about it.

Social media has caught the brunt of the rise with many expressing their annoyance at the pleasant weather via whiny, pathetic status updates.

Tom Booker, a moaning bastard from Stevenage, said: “How can anyone like this weather?

“A little bit of warmth is alright but this is ridiculous. I’m literally sweating.”

Booker’s co-worker, Emma Bradford added, “He moans about autumn too.”

Meanwhile, Donna Sheridan from Peterborough, said: “I rang my Dad, who I haven’t spoken to this year, to wish him a happy birthday.

“After the initial awkwardness the first thing he said was ‘Bloody hot out, isn’t it? Too hot in my opinion’.