JANUARY is traditionally the month in which my friends and I assess our collections to see which pieces are surplus to requirement and arrange an auction at the Garrick.

The footballing fraternity have a similar tradition which I have summarised thusly:

Ravel Morrison, Manchester United to West Ham, £650,000
I see that Mr Morrison is making the journey from Manchester to the dark alleyways of the east end of London and one is reminded of the poet Dante’s journey into the lower circles of hell.

Dante was, of course, guided in his journey by the poet Virgil rather than ‘Big’ Sam Allardyce and one has often thought that Inferno has always suffered from a lack of references to hoofing the ball up into the mixer for the big man as a result.

Roman Pavlyuchenko, Tottenham Hotspur to Lokomotiv Moscow, £7.5m
Pavlyuchenko
was always a misfit in London and reminds one of Nabokov’s observation
of ‘a dull man writing broken English, then a broken man writing dull
English’ if one replaces writing with the playing of football.

He
returns to the spectacular Russian steppes, where the eternal cold and
snow shaped such flinty minds as Turgenev and Solzhenitsyn, and will
hopefully put more of a spring in Roman’s otherwise somnambulant stride.
Seven and a half million is no small amount of money and one can only
hope that both parties have kept their receipts. The High Court is a
depressing place and it smells of wee.

Bobby Zamora, Fulham to QPR, £6m
Zamora is a name steeped in the history of art, from the Piacenza Zamora of Florence who bought a young DaVinci his first painting by numbers book when he was six, to the Zamora Family of Chelsea who terrorised local galleries in the 60s for protection money, threatening them with inferior Hockneys.

Bobby is nearing the end of his career and like many artists he has moved away from the more obvious statements of intent (in his case the vulgar scoring of goals) to a more contemplative reflection on the nature of remuneration and the notional concept of value, as evidenced by his demands for fifty large a week.

Nikica Jelavic, Rangers to Everton, £5.5m
One cannot seriously be expected to contemplate the awfulness of both Glasgow and Liverpool simultaneously without the aid of grain alcohol and a clean lavatory.

IT professionals deny they would ever help anyone 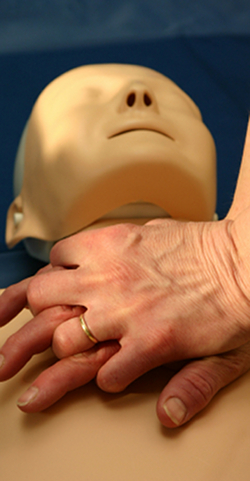 CLAIMS surrounding James Murdoch’s missing emails have prompted IT staff to deny they would ever assist a colleague with anything, ever.

Messages related to phone hacking vanished from Murdoch’s inbox, triggering speculation that News International’s IT personnel may have done something for someone.

However IT Workers’ Union leader Stephen Malley, who prefers to be called Blade619, said: “Our code of conduct strictly forbids helpfulness, regardless of the moral context.

“Had Murdoch contacted tech support regarding an email-related issue, he would have been given a series of deliberately complicated instructions that would have forced him to give up and buy a new computer, or put his head in an oven.

“It is just possible that he would have been asked which browser he uses, so that he could have been informed in a condescending tone that no-one uses that browser any more before being cut off.”

He added: “Had Murdoch gotten really quite angry, the person on the ‘helpdesk’ may have muttered ‘fuck’s sake’ under their breath and grudgingly agreed to come down after lunch.

“And then not bothered.”

Office manager Emma Bradford said: “James Murdoch may be a powerful man, but I cannot imagine he would have got himself involved with computer people.

“Last time I cornered an IT humanoid to tell him my computer had gone wrong he just narrowed his eyes into little slits and replied that ‘computers are logic-based machines, they do not go ‘wrong”. Then he kept staring at me until I wet myself.”

She added: “I’m not sure they even know anything about technology. Susan in accounts says she saw one repeatedly hitting a broken server with his cock.”