Facebook IPO fails because nobody can find 'Buy' button

THE first public listing of Facebook has failed after users could not find the bit of the website that allows them to buy shares.

The floatation of the social media site was expected to raise $5 billion, but so far stockbrokers have become embroiled in a highly destructive Farmville skirmish and accidentally checked in at Nando’s.

“What the fuck is wrong with this bastarding piece-of-shit?”

Wall Street broker Tad Logan said: “Today was an opportunity to find out if Facebook is overvalued or undervalued. But what I have actually discovered is that other people’s timelines are unbelievably tedious – or frightening – and I now have an overwhelming desire to be left alone.”

The cash raised by the IPO so far stands at $416, most of which was clicked on by mistake.

Chief executive Mark Zuckerberg said: “Simply hover the mouse over your profile button, wait for the menu to pop up, choose Education & Work, go to the blue arrow that appears in the top corner, wait for the Shares? menu to appear and, holding the mouse button down, move the slider to indicate how many shares you want.

“Oh fuck, I think I just sold all mine for 22 Malaysian Ringitts.”

Facebook will use the money that is eventually raised from the the flotation to hunt down anyone or anything that is a threat to it in any way and then torture it to death. 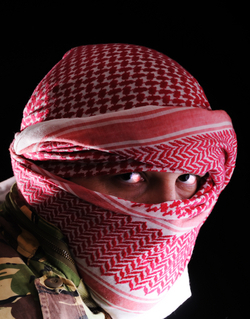 A PLOT to blow up the London Stock Exchange suggests that Islamic terrorists now want to do us a favour, it has emerged.

Four men pleaded guilty to the charge amid calls for them to be given a conditional discharge and then some help carrying the fertiliser.

Terror economist Bill McKay said:”It would be like taking an old laptop that runs on Windows Vista and
makes you want to top yourself and melting it with a blowtorch.

“It is difficult to imagine a more advantageous explosion.”

He added: “Obviously you’d want to evacuate everyone first. Obviously. But then they could just blow up all the computers.

“All that fictional debt bullshit would be wiped out, companies could once again be things that do things and we could all finally set about the reasonably important business of having actual lives.

“We just need to let Al Qaeda go about its business. Let’s think of it as an ‘intervention’.”

Helen Archer, author of Terrorism: What’s All That About? added: “If MI5 comes across plots to blow up Saturday night television and Facebook it may be that we have got Islamo-Fascism all wrong and they are actually trying to send us a message.

“And that message would be ‘we love you and we want you to get better’.”