ARSENAL manager Arsene Wenger last night refused to condemn referees as a collection of bastards who would do anything to help Manchester United win the league.

As his team's title hopes came to an end, Wenger remained tight-lipped on the penalty and free kick decisions made by a man who probably has Ronaldo posters on his wall and dreams of tender, post-coital snuggling with Ryan Giggs.

The Arsenal manager said: "I do not want to say anything about the way they cheat and what bastards they are.

"There is also no way I'm going to accuse them of giving away penalties like they were romantic gifts for their Old Trafford lover boys."

He added: "I would never claim that referees hold secret meetings to plot how they can thwart me, before praying to a giant, golden statue of that miserable, Glaswegian halfwit.

"Nor will I speculate that more than half of all premier league referees lie awake at night thinking about rubbing their excited hands all over Wayne Rooney's lightly oiled buttocks."

A spokesman for the Referee's Association said: "As Mr Wenger points out, all premier league referees are completely impartial and would never favour one team of towering, Cheshire-based superheroes over another consisting largely of sweaty, malodourous Frenchmen."

He added: "Do you ever just lose yourself in Rio Ferdinand's eyes?" 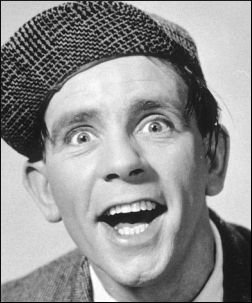 PARENTS across Britain have reacted angrily to the European ban on food colourings, claiming artificial ingredients make their children funnier and more interesting.

The EU wants to ban a range of E-numbers amid claims they are made from diesel by-products and turn you into a raging psychopath.

But British parents insist the right level of artificial colourings can transform a dull, predictable child into an hilarious, pint-sized version of Norman Wisdom.

Tom Logan, a father of two from Bexhill, said: "On Sundays I like to load up my four year-old with a litre of orange squash and then set him loose in the garden with some old vases, a tortoise and a hammer."

Meanwhile thousands of parents are objecting to the changes after spending years controlling their children through a delicate chemical balance of E-numbers and horse tranquilisers.

Emma Stevens, 39, from Chester, said: "I can't remember why we started pumping them full of these things, but we're in way too deep to stop now.

"Take away the horse tranqs and it's like the Texas Chainsaw Massacre in here. Take away the bright orange dye and you have to drag them upstairs by the hair."

"To an outside observer they look completely normal, and I'd like to keep pretending that they are until they go off to university and start mixing their own drugs."