ATHLETES have accused Britain of lying through its teeth this summer about getting into track and field.

Standing in a foggy, deserted concrete stadium with a half-gravelled running track, a consortium of athletes accused the public of not giving a shit any more about anything that isnt football or X Factor.

Decathlete Roy Hobbs said: When I came 12th in the Olympics my local pub put on a disco with finger buffet, but now when I ask if theyre going to be at my next meet, they look at me like Ive asked for a go on their wife.

We helped boost your economy but I suppose it was just a summer fling to you. Well, go back to your overpaid racists and see if I care.

“Come and see me at Milton Keynes next month?

Remaining dregs of your pension fund to be set on fire 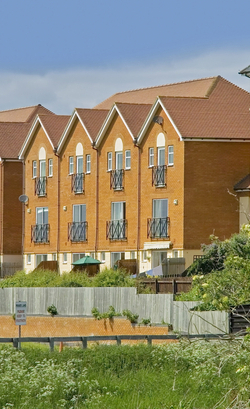 WHATEVER is still left of your pension fund is to be taken to a greenfield site on the edge of your town and burned.

Chairman Sir John Banham said: “We should use pensions to build something that will, by the time it is finished, be worth less than it was when it was still being built.

“There are two ways to drive down property values. Make sure no-one can get a mortgage, and increase the supply of houses. And the best way to sustain a depression is to deny credit to people whose houses are worth less than they used to be.

“So at least Britain will be doing all of those things.”

But Julian Cook, chief economist at Donnelly-McPartlin, said: “I suspect that eventually we will just put the money in a pile and set fire to it. But at least bonfires look nice.”

Sir John added: “It will completely annihilate the last remaining shreds of your pension, but it’s okay because we also foresee a time when house bricks will be used as currency. And as a pension holder you will have thousands of bricks.

“Imagine going into a corner shop – ‘Can I have a pint of milk please?’ ‘Yes sir, that will be three and a half bricks’. It’s so wonderfully simple.

“You will need a hod carrier instead of a purse or wallet. And after a few months you will have used up all your pension bricks and will have to start spending your own house.

“But you can then use some of those bricks to invest in hundreds of thousands of new houses made from cardboard.

“We also foresee a time when cardboard will be used as currency.”