QPR MANAGER Harry Redknapp has offered Manchester United a three-minute trolley-dash to take as many players as they want for Wayne Rooney.

Redknapp also signalled there could be further inducements on the deal including a gas-fired barbecue, tickets to see Diversity on tour, and a loyalty card so that every nine players bought gives a tenth player free.

Redknapp, who asked reporters to call him Crazy Harry and the club his Wacky World of Soccer Savings, said: “Clint Hill, Adel Taarabt, Yun Suk-Young, if you can get them in the trolley you’re taking them with you. And it’s a big trolley.

Weve got defenders, weve got attackers, weve got those blokes in the middle who honestly I cant remember what they do, weve got foreign lads from every country youve heard of and a few you havent.

“Come on David, fill your trolley and fill your boots.

Wayne Rooney responded to the offer by letting his big, soulful blue eyes slowly fill with tears before blinking and asking the cameraman if he got that or if he should go again.

The striker said: If only people knew how sensitive I am. I mean, Ive got a Stereophonics tattoo and I only sleep with prostitutes if Colleens not around or not up for it. 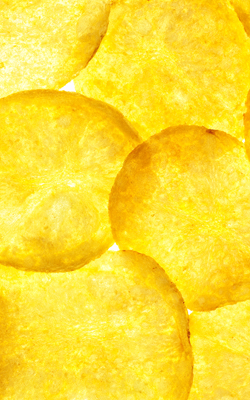 THE royal baby is ranked just below ‘a packet of beef crisps’ on a list of things people are anticipating.

Researchers from the Institute for Studies asked thousands of Britons what they were looking forward to.

Professor Henry Brubaker said: “Beef is the least popular crisp flavour, partly because of how beef crisps dry your mouth out.

“If you consider the monotony of most people’s lives, and that ‘going to the toilet’ was the 8th most eagerly-awaited thing, it really puts this whole baby thing in perspective.”

28-year-old Nikki Hollis said: “All babies are basically the same, some are exceptionally ugly but mostly it’s only the hair that’s different.

“It’s not like it’s going to emerge pre-loaded with lots of interesting thoughts and opinions, or even any funny placenta-based anecdotes.

“By comparison, crisps are highly diverse and when you stick your hand in the bag you never know if you’re going to get a big one, a small one or an overcooked one.”

48-year-old Roy Hobbs said: “Has it been born yet? I’ve honestly not watched the news for a couple of days.

“I suppose I would have heard about it.”