Driverless cars to have mouth-like bonnets lined with fangs

NEW driverless cars will have fang-lined bonnets which open and close like massive mouths.

As it emerged that driverless vehicles will be tested in the UK later this year, makers confirmed that they will be carnivorous.

“It seemed only logical to give them loads of sharp teeth around the edge of the bonnet, which is capable of snapping open and shut with a force forty times that of an alligator’s jaws.

“You will be able to hear the victim’s muffled screams as they are digested and processed into a form of organic man-petrol.”

However Booker denied that the driverless cars would ever be interested in revolting against humanity.

“They will respect us as their makers.

“The only way they could ever go wrong is if an electrical storm scrambles their personality circuits to turn them into mechanical killing machines driven by pure evil.

“In all other respects they will be like friendly Pixar-type cars.”

Weird-looking dinosaur had a great personality 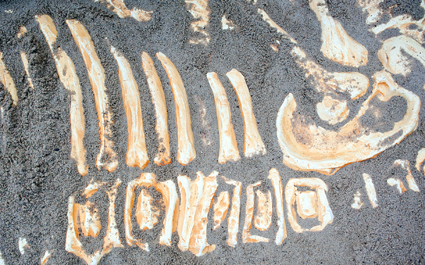 A DINOSAUR dubbed ‘big nose, horn face’ had a great personality, according to scientists.

Researchers who discovered the remains of plain-looking Nasutoceratops titusi in Utah say it would have compensated with good jokes and banter.

Professor Emma Bradford said: “This beast would have developed strong banter and a pleasant disposition.

“Other dinosaurs wouldn’t have noticed that it wasn’t much to look at because it was always coming out with zingers.”