Women strangely reluctant to stick flares up their arse for final

THE women of England are exhibiting a bizarre reluctance to stick flares up their arse ahead of the Euros final, it has emerged.

With only hours to go until kick-off, male spectators have been left disturbed and confused by the lack of women inserting flaming pyrotechnics into their anuses to show support for the Lionesses.

England fan Lauren Hewitt said: “I’m going to go to the stadium, watch the match and cheer at the appropriate moments. Much like how any sane person would express their support.

“However I’m not going to get carried away and turn myself into a Roman candle. Flares should only be lit in times of distress or to warn other vessels of your position, so it would be silly to use one now, arse or no arse.”

Baffled onlooker Norman Steele said: “Don’t women know that making a tit of yourself before an England match is a proud footballing tradition? They’re not even beating up German fans or trashing Wembley Stadium. It doesn’t make sense.

“If women want to be treated as equals then they should shove a firework up their rectum and give their arses second degree burns. Otherwise they’re just being massive hypocrites.” 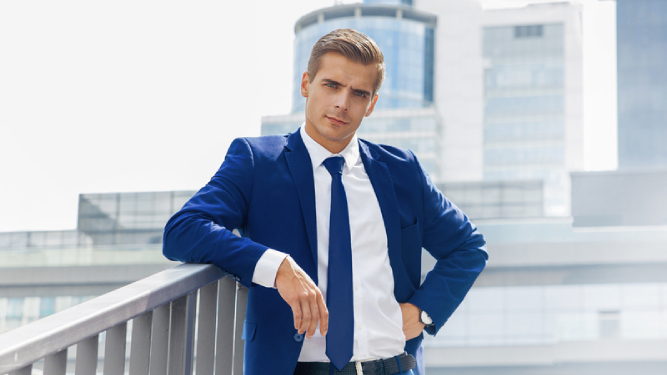 THE biggest fashion faux pas is overthinking what you wear. Here are five sartorial rules only dickheads care about.

No brown shoes with a blue suit

Finding a suit that fits and doesn’t bankrupt you is an achievement in itself. You’re only going to wear it to other people’s weddings and jury duty anyway, so pop on whichever shoes you want. Brown and blue is an inoffensive colour combo anyway, it’s not like you’re pairing a sharp suit with silver cowboy boots.

And? That means you can blame your expanding waistline on your clothing instead of your shit diet. It’s the perfect alibi. If you take horizontal stripes out of the equation then you’re only left with plain clothes or garments with vertical stripes. The latter of which actually do break fashion rules by looking inherently crap.

Never use the bottom button on a blazer

Apparently this is a cardinal sin amongst well-dressed men. But if that’s the case, why do tailors bother to sew them on to begin with? Button manufacturers must be making money hand-over-fist from those chumps. You technically don’t have to do up your flies but you’d look pretty stupid if you left them open.

Your bag must match your heels

Possessing more than one bag is a sign of exorbitant excess, as is wearing heels more than twice a year. Give that nice clutch you got from the 2014 Accessorize sale another whirl regardless of what you have on your blistered trotters. Absolutely no one cares. It’s not like you’re trying to be prime minister.

Take off one accessory before leaving the house

There’s lots to worry about when trying to get your arse out of the door in the morning, but the number of accessories you’re wearing isn’t one of them. If you’ve managed to cover up the body parts society finds offensive then you’re good to go. Being stuck between removing an earring or a necklace won’t fly as an excuse for being late for work.