I’m really depressed. Everything is shit and no-one likes The X Factor anymore and I haven’t got any more ideas, except something sketchy with a referendum theme called Brexit Factor. My people are talking to Angela Merkel but she’s still unconvinced that she would make an excellent Elton John. Shall I just do everyone a favour and bugger off?

A long time ago, before the internet was invented, people were ruled over by an evil dictator called Noel Edmonds who, along with his psychotic pink henchman, Mr Blobby, dominated the airwaves and ruthlessly forced everyone in the whole world to watch the same rubbish programme every Saturday night whether they wanted to or not. He was so powerful that he could even see into people’s living rooms through the telly, and if he caught anyone trying to watch something else he would put them in a booth and gunge them to death. A truly terrifying piece of televisual history.

Happiest places in UK are almost not in it 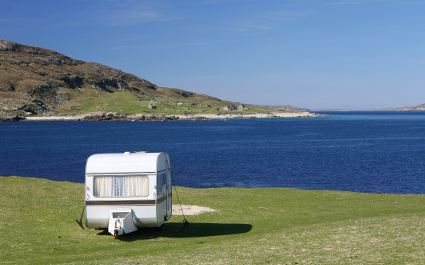 THE happiest places in the UK are on the verge of not being in it, it has emerged.

The Orkneys, Shetlands and Scottish Highlands, where there is almost no trace of British civilisation and which are almost free of British people, are full of happy people.

Lewis resident Bill McKay said: “Well, first there’s clear blue water between you and Britain and frequently it’s so stormy no-one can reach you, so that’s your security.

“We can’t get British telly, we speak Gaelic and the British are disparaged, which gives you a great sense of camaraderie.

“Also, the seabirds are rigorously trained to divebomb anyone with even the trace of a mainland accent, following the 2000 Castaway-Ben Fogle disaster.

“We have heard of London. I believe it would be better if it were destroyed.”

But Faroe Islander Anders Ingmann said: “The poor bastards. To be so separate from Britain but unable to escape its filthy clutches.

“We hear them screaming at night, though it could be puffins.”