Ask Holly: It has been a mental few days but now I am back in my cage

It has been a mental few days but now I am back in my cage and pretty chilled. Aside from the delicious Ribena, I’ve decided I don’t want any part of the so-called ‘free world’. Give me a depressing iron enclosure and a pile of faeces to play with any day over that living hell you humans have to deal with. Any chance of some more Ribena?

Only bad mothers give their children Ribena. That’s what my friend Sophie’s mum says. She says she’s not judging, but anyone who doesn’t feed their children a rainbow of organic vegetables everyday is an abusive parent. Also, if you let your child play on an iPad or watch the TV you should seriously consider your reasons for having children in the first place. I told my mum all about what Sophie’s mum said. Mummy did some loud swearing about Sophie’s mum and drank quite a lot of her own special Ribena and I had to go and watch Spongebob Squarepants.

Government to build runways everywhere and let the market decide 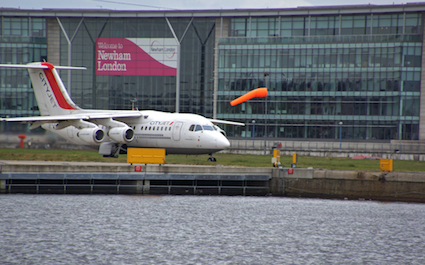 THERESA May has announced plans to carpet Britain with runways and let the market decide.

May ended speculation about airport expansion by endorsing new runways at Heathrow, the Thames Estuary, Stonehenge and three and a half thousand other locations across the UK.

She said: “If anywhere in Britain is more than ten miles from an airport, that is an unacceptable restriction on the free movement of planes.

“If Ryanair wants access to Kensington High Street, or the New Forest, or the top of Mount Snowdon, the government should be helping, not interfering.”

The prime minister also laid out plans for a helipad on top of every building higher than four storeys, and a jetpack-recharging point at every petrol station across the land.

She continued: “With thousands of safe, convenient runways all over the country, families will find it easy to start their own airlines should they wish.”

May added that several thousand additional border guards would be deployed to stop anyone trying to get into Britain illegally or, as is looking increasingly likely, trying to emigrate.