Ask Holly: Should I reveal that David does terrible farts in bed?

It looks like my intimate election interviews with the Daily Mail are really paying off for David and helping him to win undecided voters. People seem to love it when you give them insight into your private life, but I’m running out of things to say about my kids and my marriage. Perhaps I could reveal how David always does terrible farts in bed and sometimes even holds my head under the covers; or how he once caught me picking my nose and eating it; or that David’s sex face reminds me of Mr Soft from those old Soft Mint adverts. Do you think these dubious insights might win over some more voters, e.g from Hull?

Sometimes it’s not nice when you find out people’s secrets – I’d definitely advise you NOT to go rifling in your teacher’s handbag while she is not looking. At the very least expect to come across many sordid and mysterious items that grown up ladies use down below to plug leaks and stuff, and a well-thumbed copy of some sort of teacher’s manual called Fifty Shades of Grey. Regardless of what other questionable trinkets you discover, the nastiest surprise of all is that it turns out your teacher is a normal, functioning human being, which is totally and utterly beyond belief.

Unlikeable colleague wants to come to the pub 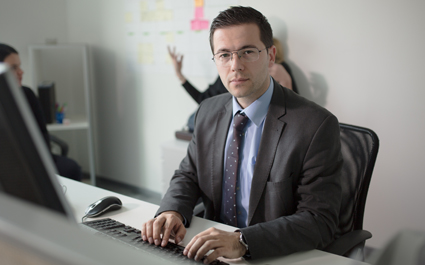 WORKERS have been left in turmoil after the least pleasant person in their office expressed interest in joining them for a drink.

Salesperson Emma Bradford said: “Julian is a prick, he also always has to have the last word on any topic and makes cruel jokes about his wife. He will ruin it.

“But we can’t exclude him or even cancel it because that feels sort of like bullying.

“On the other hand, nobody wants to go now. Truly this is a dilemma. Maybe one drink and then mumble some vague excuse involving a pilates class.”

Psychologist Mary Fisher said: “Prick colleagues have bat-like ears that pick on any mention of the pub.

“It’s a hard one to handle. I recommend the ‘sacrificial lamb’ approach where one person gets left talking to the prick while everyone else sidles off to the pool table.”

Julian Cook said: “Sometimes I think the guys are scared to ask me to the pub because I am very much the alpha male, it can be intimidating for the other men and overly arousing for the women.

“I am a natural raconteur. Everyone loves my jokes apart from my wife, the fat bitch.”