Ask Holly: There’s a lot to be said for skiving off work and not turning up to debates

There’s a lot to be said for skiving off work and not turning up to TV debates. For starters, you can throw off the bra and high heels, put on a stained Morrissey T-shirt and pour yourself a lovely big glass of banana Yazoo whilst you lie on the couch. Then you can break open the mini Kit-Kats, find a good episode of Gardener’s World where Monty Don is looking particularly ravishing. Why am I suddenly feeling all warm and fuzzy inside? Am I coming down with something?

Whoever invented work and school was a complete idiot. We all want to do other important things like making ourselves an enormous sandwich out of everything in the fridge and sleeping on a garden lounger for hours and catching a bit of Homes Under the Hammer but for some reason no-one will actually admit it. Every day, my teacher arrives to school in a foul mood, and none of the kids can be bothered doing all the pointless maths things she wants us to do, and we all know she doesn’t care anyway because she is secretly checking Tinder and Instagram and probably thinking about how much wine she can pour down her throat later. If Corbyn gets in we’ll all be doing cross stitch and eating scones in the garden while all the politicians and bankers who make us work will be in the gulags. 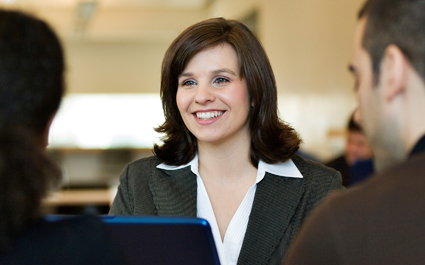 A WOMAN seems like an alcoholic after relating a mildly debauched anecdote to colleagues, she has realised.

Office worker Donna Sheridan described getting so drunk at a wedding she slept in the disabled toilet, forgetting she was in the company of incredibly sensible po-faced bastards.

Sheridan said: “I noticed their faces were quite blank as I described feeling so rough the next day I puked in a vase outside the hotel.

“I assumed they’d find it amusing, but Emma just stared at me as if I’d admitted to spending every night smoking crack in a burned-out car.

“Kate looked really serious and said ‘Were you alright?’ like I’d been rushed to hospital and put on life support. Then Gavin said, ‘We’d better not go to the pub with a hardened drinker like you, Donna!’.

“They were looking at me as if I was Lemmy from Motorhead.”

Co-worker Emma Bradford said: “Donna clearly has a problem. I’ve decided to start secretly sniffing her breath at work and take her car keys off her if she’s drunk.

“If she starts doing alcoholic things like going to sleazy bars alone we’re going to stage an intervention and make her go to one of those churches with a trendy vicar.”