Ask Holly: World leaders are working their sorry asses off to impress me

Life in The White House is a bit like The Apprentice, but with world leaders having to work their sorry asses off to impress me instead of the usual management losers. I’m thinking of asking Xi Jinping and Vladimir Putin to come up with a business case for the apocalypse and then go and try to flog it down Camden Market out of the back of a van. Are you frightened yet?

The only things that properly scare me are Mister Maker’s eyes, my granny’s enormous pink knickers from Littlewood’s and that mad monster called Zool that lives in the lady’s fridge in Ghostbusters. As long as the apocalypse doesn’t involve a combination of any of the above I am sure there is nothing to worry about and you need to stop being silly and go back to bed.

John Lewis has no idea what 'Never knowingly undersold' means 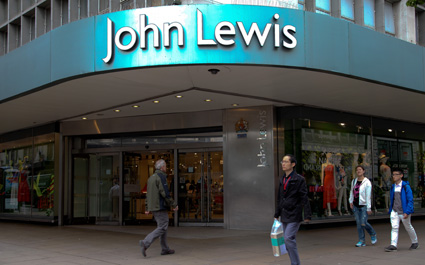 NOBODY at John Lewis knows what its long-standing slogan is supposed to mean, it has been confirmed.

For over 90 years staff have gone along with the slogan ‘Never knowingly undersold’, without the faintest clue what the thing they have not done since 1925 actually is.

A spokesman said: “I have never knowingly understood what ‘underselling’ is. Selling it too cheaply? Selling it under the counter? Why we make such a big deal of it?

“What happened in 1925? Did some clerk knowingly undersell a whalebone corset to a dowager and they vowed never to do it again, whatever it was they did?

“I tell you what, we’ve got a huge batch of men’s golf-themed socks down at the warehouse and they’re definitely undersold, I know that for a fact. Can’t shift them to any bugger.

“In fact, any customer who can explain to us what ‘Never knowingly undersold’ means can have the lot. We’ll send round a lorry.”