How can I woo this handsome man?

There is a lovely handsome man at my work who I really fancy. Trouble is, he’s got a beautiful wife and three kids, whom he clearly adores. Also, I’m a burly male bus driver with many tattoos and a hairy back. How can I make him mine?

Have you considered making a wish? Wishes can come true. A matter of weeks ago, on my tenth birthday, I blew out the candles on my Minnie Mouse cake and wished for something more than I had ever wished before, something which seemed impossible, and yet here we are now, in a very different world: a world where R-Patz and K-Stew are on the verge of a split. Who in their wildest dreams could have foreseen that my wish would come true (or at least partly true, K-Stew hasn’t been mauled by a rabid dog and crushed under a lorry yet). But now I know that I have this special power, I’ve already decided what I’ll wish for on my next birthday. So when it comes on the news a year from now that Selena Gomez has accidentally had her scalp and face ripped off by a combine harvester and been publicly dumped by Justin Bieber as a result, you’ll know who to thank. 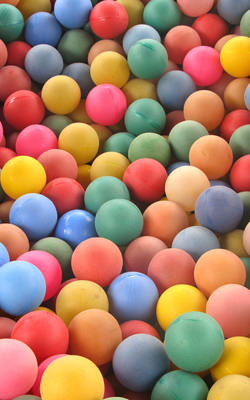 FATHERS are ecstatic at the arrival of soft play centres that they are not allowed into.

Their jubilation follows media reports of a ‘women only’ play centre marketed at its local Asian community.

Father-of-three Tom Booker said: “Far from being engulfed by frenzied feelings of anti-Islamic righteous anger, I sat back with a smug smile on my face imagining a future free of ball pools.

Childless people, or as I like to call them ‘the alive’, have no idea a pocket of Hell exists on their high street.

“I tell them to imagine a lawless zone, like Hamsterdam in The Wire, filled with instruments of torture, where no act of violence is too extreme.”

“I’ve seen mothers splayed lifeless at the bottom of bumpy slides, and rampaging packs of six-year-olds, high on Fruit Shoots, mercilessly pursuing their own brothers like a litter of piglets hell-bent on the destruction of the runt.

They should ban women as well, black out the windows, change the name from Cheeky Chimps to Lord of the Flies, and just let the kids go primal until only the strongest survive.