SIR Mervyn King is to start reporting on the Chinese economy in a bid to deliver some good news for a change.

The vaguely avian governor, tired of his image as a prophet of doom, has re-branded the Bank of England as the Bank of China.

King said: “Economically speaking, England has become a toxic brand, so we have moved on.  As of today, the Bank of China is happy to report record growth, a world-famous cuisine and also were top of the Olympics medal table.

“Sorry I’ve been such a buzz kill for ages.”

King had become increasingly obsessed with injecting positivity into his reports. Recent attempts to lighten the mood include exaggerated growth forecasts, press releases written in Comic Sans and interest rate decisions delivered as limericks, which were scuppered by the difficulty of finding a rhyme for ‘Osborne’.

City traders have responded enthusiastically to the change, celebrating with cocaine at soulless bars staffed by borderline prostitutes.

A Chinese government spokesman said: The Bank of who? England?

“You guys can do whatever, it really makes no difference. None whatsoever.”

Before focusing on China, the Governor considered a variety of other names, including the Bank of Puppies, the Bank of Rihanna, and Rave Zone.

Sir Mervyn recently changed his own name from Marvin to stop people confusing him with one of JLS. 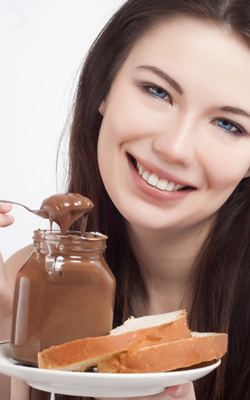 RIOTS within the Olympic Village have entered their second day as authorities struggle to meet European athletes’ huge demands for Nutella.

Supplies of the chocolate and hazelnut spread, regarded as a dietary essential in most of mainland Europe, ran dry last week despite an initial stock of 850,000 jars.

An IOC spokesman said: We knew at least a dozen nations would eat Nutella for breakfast, lunch and dinner every day, but had no idea the Germans use it as a sex lubricant or that the Swedes leave an open jar by the window every night as an offering to forest spirits.

And it was shocking when Armenia won silver in the wrestling and that strong young man spread Nutella all over his medal right there on the podium and took a big bite.”

Further supplies were urgently requisitioned from Italy’s Nutella mines where the raw material is sourced, but a mine collapse which drowned 16 in sweet paste has exacerbated supply problems.

A London housewife who discovered a spoon-scraped Nutella jar at the back of a kitchen cupboard was able to auction it for £10,700 to the Dutch hockey team who were suffering severe withdrawal symptoms, known as the ‘hazelnut heaves’.

British sprinter Tom Logan said: “It’s chaos in here, the Germans are all ‘nut-spotting’ which is a type of visual hallucination where everything looks like a hazelnut.

“The mass media have kept the riots off air but that may change because there’s a Hungarian handball player threatening to self-immolate during today’s final.”