I waited until my wife left, then whipped out a pot of Onken

The wife is suffering terribly from a yeast infection so the physical side of our marriage has ground to a halt. I’d heard natural yoghurt could be the answer, so I waited until my wife went out then took a pot of Onken into the bedroom, but the experience was a letdown. What now?

If your wife was in my class, you wouldn’t be wallowing in self pity like you seem to be just now because you’d be far too busy making a mockery of aforementioned affliction. At school, it only takes a big pair of specs and a crap coat from M&S to make you a laughing stock. Anything which makes you look, smell or sound funny is up for grabs, and so you might want to spend some time thinking of a suitable nickname for your wife: may I suggest something subtle yet cutting, like ‘fusty flaps’ or ‘scadge vag’. Make sure you shout it at her at least fifteen times a day so the name sticks, reinforcing your verbal campaign with a post-it note or two on her back and maybe even carve it into some of her property. And never forget the opportunities afforded by Facebook and Twitter: once you gather momentum you might want to consider going cyber, and let everyone in the world know your wife’s got an itchy moo-moo. 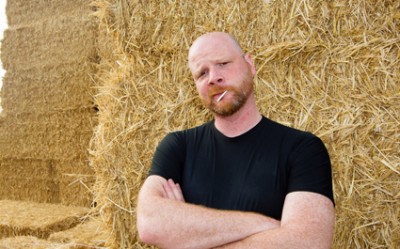 RESEARCHERS studying the habits of ginger-haired Scots have admitted it is a suicide mission.

Professor Henry Brubaker, from the Institute for Studies, said: “It’s one of those jobs like entering a malfunctioning reactor at Fukushima.

“You’re doing it for the shared benefit of humanity, but you know it’s a one-way ticket.”

Team member Emma Bradford said: “Literally nothing is known about Scottish redheads, it’s always been impossible to get close to them. We think they live on stout and toffee.

She added: “Hopefully I might get to say hello to the cool actress from Doctor Who before she starts biting me.”