I’m astonished that I’m getting called a racist

I’m really astonished that I’m getting loads of flack for being a racist, when I am nothing of the sort. I’m 63 years old and us oldies have our own phraseology which, now and again may mean we sound like we’re mocking ethnic groups and being derogatory about women but this was the norm when I was a boy. I’m too old to bother with all this new-fangled PC nonsense you young’uns go in for which involves not being a xenophobic bastard.

Were you in Mrs Mackie’s geography class too? In that case it’s no wonder your geographical knowledge is a little shaky. What do teachers expect when they do daft things like giving children access to the internet to look up land reclamation patterns in East Lincolnshire on Google Earth? The temptation to troll Mary Beard’s Twitter account is much too strong for any of us to be concentrating on the intricacies of fenland drainage. 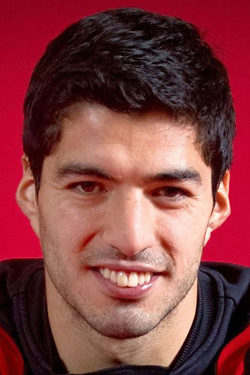 “…the footballer is still not free”

Standing on the steps of Anfield, the striker deftly interwove the finest moments of Martin Luther King, President Kennedy and Nelson Mandela.

He said: “I have a dream that one day Merseyside, sweltering in the heat of injustice and oppression, will be transformed into an oasis of freedom and justice.

Only free men can negotiate. Prisoners cannot enter into contracts, and I am an unwilling prisoner of my misplaced belief that Liverpool could qualify for the Champion’s League.

“And so I say to you, Pharoah, let my people go!

The player then launched into a high-spirited rendition of The Special AKA’s (Free) Nelson Mandela, with the South African leader’s name replaced by Luis Suarez. He was joined by surprise guest Wayne Rooney, who provided improvised toasting about the horrors of slavery and every man’s need to be free.

Neither man has yet submitted an official transfer request because it would mean losing their loyalty bonus, which the Premier League has confirmed is to be renamed the Irony Bonus.

Quizzed on how he would react to Liverpool allowing him to talk to other clubs, Suarez said: I will shout ‘Free at last, free at last, thank God almighty I am free at last.’ And then I will sign a six-year contract with my new club.

An ailing Nelson Mandela, on hearing his words had been quoted by a footballer, told his family: I am ready to die now.