I’m worried about poor old Nigella, whose reputation is getting a bit of a hammering in the press just now. Knowing exactly how it feels to be a successful TV chef one minute and labelled a criminal the next, I feel like I should reach out to her; maybe stop by Tesco, pick up some nice cheese and wine and drop by to lend her a shoulder to cry on. What do you think?

I wouldn’t worry too much about Nigella. She’s obviously really talented because she even got my daddy interested in cooking. For some reason though, he only likes to watch her programmes after we’re in bed and mummy is at her book group. 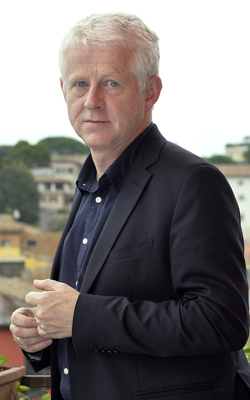 SCREENWRITER Richard Curtis is to reveal a grittier, more edgy side with a film about the lower middle class.

The creator of Four Weddings and a Funeral says his forthcoming film Kissing in a Corporate Pizza Restaurant is about a girl who falls for a boy from outside West London.

“But I can do real, incisive social commentary just as well as Ken Loach and after this film cinemagoers will see the lower middle class as real, three-dimensional people.

Clips from the forthcoming social realist romantic comedy show characters living in cul-de-sacs with faux rural names and going on holiday to Eurocamp.

Curtis said: “I spent a month lodging with a lower middle class family. They had framed photos up the stairs, spent their Saturdays shopping in outlet villages and read thriller novels about kidnapped children.

“Their homes are very warm, almost excessively so, like they’re terrified that if they turn the central heating off they’ll instantly freeze to death.

“It’s time these people had a voice. We’re talking about millions of people whose cars aren’t quite as fancy as they want them to be, and I want the world to understand their angst.”