Grown men sleeping in street to get video games machine

ADULT men have been sleeping outdoors because they want an electronic toy.

Sony’s Playstation 4 toy is released in the UK on Friday, but fully-grown men who are old enough to have jobs and drink alcohol are already queueing outside a shop to get theirs.

37-year-old Tom Logan said: “I told my kids, daddy’s going away for a few days.

“The youngest cried because she thought I was going off to fight in a war or perhaps help rescue people after a massive natural disaster.

“But then I explained that I was going to sleep rough so that I could get a thing to play games on, because that was really, really important to me.

“She was pretty much fine after that.”

However the ageing demographic of console game and comics fans has prompted some children to ask for their hobbies back.

10-year-old Stephen Malley said: “I really like computer games but my dad refuses to play with me because he says I’m not a real ‘hardcore gamer’, whatever that is.

“I like comics too but dad gets cross because I keep taking his X-Men out of the little plastic bags which affects the re-sale value.”

“Well maybe respect is the wrong word but you get the general idea.”

Fags good for you after all, say doctors 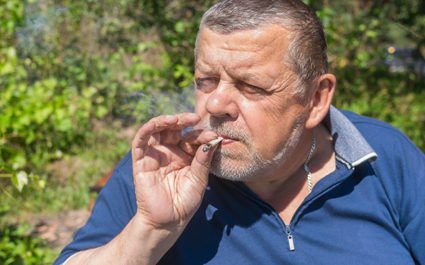 CIGARETTES are a health boon, according to doctors.

New research has discovered that all previous research was wrong, and doctors have announced that smoking is better for you than eating lots of fresh vegetables.

Doctor Mary Fisher said: “I’ve been a smoker for 20 years, and I’ve treated lots of smokers for illnesses that are in no way related to smoking, so I know all about this.

“Tobacco aids digestion, calms the mind and helps build strong muscles. I advise my patients to smoke whenever possible.”

Hospital doctors stressed that there was ‘”no fucking way” they were going to go off work premises to smoke cigarettes.

Heart specialist Roy Hobbs said: “Firstly, cigarettes are good for you, which is why pretty much all doctors smoke like World War I soldiers about to go over the top.

“Secondly standing in the rain to have a fag because your stupid boss has banned smoking shelters means you will get wet and then die of influenza.”

Doctors added that everything they used to say about smoking before the 1950s is accurate, and everything after that is bollocks.