Im thinking about taking inspiration from the Pope and telling my boss to go f*ck himself. If the big man cant be bothered, why should any of the rest of us?

The Pope must be pretty special to be able to have The as his first name  even more important than Madonna. But just because hes a big star and best pals with God, he still needs money so hell probably have to go and work on the deli counter in Morrisons. Hell be given a name badge saying The on it, which will just look daft. The Pope will also get made to wear one of those hairnets to stop him contaminating the cold meats, and I expect hell find it difficult to stretch it over that weird pointy hat. Thinking more about it, hell probably start receiving complaints from customers because he cant hear them through the toughened glass of his Pope-mobile, and when someone asks for half a pound of Yorkshire ham hell give them four Mini-Meltons by mistake. You can see why most Popes just stick with what they know best. 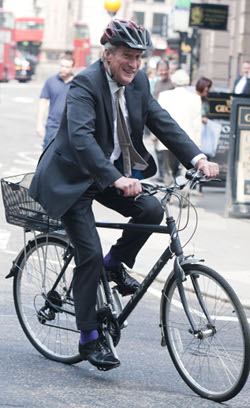 The University Challenge host attacked a group of teenagers after leaping from a fire escape wearing a leotard, and bombarded them with general knowledge questions.

17-year-old Tom Booker said: “He appeared out of nowhere and demanded to know the chemical formula for potassium nitrate.

“I said it was KNO2 and he went mental, screaming Everyone knows its KNO3!

“In a flash, his massive spade-like hand encircled my neck. My friends were trying to intervene but with his spare hand he was wielding a fountain pen like a tiny sword.

“He kicked the shit out of us, then left a selection of academic textbooks on our semi-conscious bodies, like a calling card.”

Police believe the obsessively intellectual Paxman/Clever Man is also behind a threat to destroy the set of The Only Way Is Essex.

“Then he told me his superhero motto, but it was in Latin so I didn’t understand.”