I've been thinking I should adopt Kim Jong-un

I’ve been thinking I should adopt Kim Jong-un. His fat little orphan face would fit nicely into my rainbow family. Plus he’s totally bat-shit and has the U.S. film industry at his mercy so he’d fit right in with us. I just worry he might be a bit grabby with the twins’ Lego; do you think he’d respond to the naughty step?

At my school we don’t have the naughty table or the naughty wall anymore, because our new teacher, Mrs Kenworthy says we only label positive behaviour. Mrs Kenworthy just completed her postgraduate certificate in education and she still has a spring in her step and a hopeful light in her eyes. We’ve got a sweepstake running and I’ve put two weeks’ pocket money on the chokey being reinstated by February.

Video game quickly being made controversial 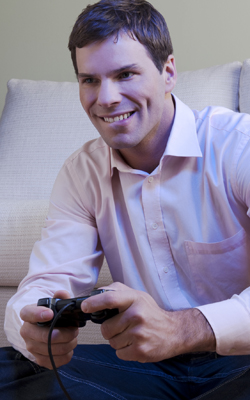 THE creators of a tedious, badly designed computer game are hurriedly adding gratuitous sex and violence.

It is hoped that sales of the generic sci-fi adventure Red Sector 9 will be boosted by deliberately controversial new elements such as dismembering space nuns with a laser chainsaw that has the phrase fuck off written on its blade.

Programmer Tom Logan said: Red Sector 9 – now retitled Red Sector 9: Violent Soldier – sucks, so were hoping people will buy it just to find out if you really do run amok with a flame thrower in a cattery.

We should also get some free publicity from the games extremely dodgy attitude toward female characters, who have immense breasts and get chained up a lot.

Some of our testers said the game feels a bit contrived now, but I think its entirely possible there could be a malevolent vagina floating around in space.

Daily Mail journalist Donna Sheridan said: I know nothing about computer games and hate doing research, so this is the perfect story for me.

Apparently you get points for spying on your own mum in the shower. Or maybe that was a dream I had last night. Either way, it is disgusting.”