The Archbishop of Canterbury got it right
in his speech this year when he said “everyone in the UK is a total
arsehole”. Assuming he means me too, I’ve decided to cleanse my soul by
giving all my Christmas presents to charity, with the exception of the
Kindle. And the iPhone. And the Nike trainers.  Fuck it, I’ve changed my
mind. I’ll keep the lot and take my chances in hell. What’s it like
down there?

Hell
is where Satan lives. Satan is God’s ex-wife. They don’t
talk to each other any more, except when God comes to pick up the
kids. I’m not sure where Hell is, exactly, but it’s hot there so maybe
near Spain? Or possibly it’s my Auntie Lynn’s house because we went
there for Christmas day and I heard my daddy telling mummy it was “Hell
on Earth” because he only got one glass of wine at dinner. He also said
that Auntie Lynn was “a self-righteous cow who knows nothing of
politics” and my mummy said “she needs to rethink her curtains”. I know
this because I wrote it all down and I’ll tell her all about it in my
thank you card. If hell is my Auntie Lynn’s house then it’s not so bad,
just make sure you call shotgun on the camp bed first because if you
have to share with cousin Peter you’ll be soaked in wee by 2am. 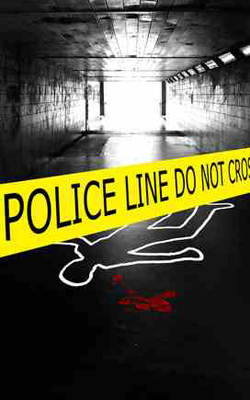 POLICE are appealing for witnesses after a conga line collision resulted in the deaths of 37 people during a retirement party.

The pile-up occurred at around 9pm in the Planet Suite of High Wycombe Working Men’s Club, a period dubbed by regulars as the ‘dangerous dance’ hour.

Sales co-ordinator Eleanor Shaw,  who was in the conga at the time of the collision, said: “We’d done the chicken dance which had been a hoot, so the natural transition was into conga mode.

“At first there were only myself and a stout gingery man still in his work shirt, but within three minutes we were a train of ninety.”

It is believed the conga circled the function room three times before heading out into the car park where it was picked up on CCTV footage.

Shaw said: “Things escalated when we got outside, we were moving  so fast.

“I sensed something was wrong, but put it down to having a sweaty stranger latched onto my rear.

“Then we nearly stacked it into a recycling bin, and I realised with horror that no-one was in control.”

Horrific camera footage shows the conga clumsily spiralling in on itself before imploding with terrible force, which one bystander described as looking like Nokia Snake but with exposed broken bones.

Shaw, who has been told she may need to spend the rest of her life in a foam neck brace, added: “My heart goes out to the 37 who perished in the conga, some of them hadn’t even been up to the buffet table.”

Conga leader Stephen Malley, who also miraculously survived the crash, was found to be five times over the legal limit and now faces a lifelong ban which will exclude him from all adult group dances, such as ‘Oops Upside Your Head’ and the Macarena.