I referred to my boss as a flatulent twatlord when talking to one of my colleagues the other day and unfortunately she was standing right behind me. She seems to have taken it on the chin, but I’ve been nervous about going home because my boss also happens to be my wife. Shall I just pack a bag?

I think bosses and teachers must be quite similar because my teacher, Mrs Dodkins, wasn’t delighted when someone wrote ‘Shirley Dodkins is a boss-eyed spunk badger’ on the whiteboard in huge red letters. She was even more distressed by the revelation that the jibe was written in indelible marker, meaning that, six weeks later, the phrase has inadvertently become a kind of class motto, daily emblazoning the space above Mrs Dodkins’ head as she recites the five times table. But some kind soul has also jazzed up the corner of the slogan with a tiny bum doing a poo, so all in all it really is a thought-provoking piece. 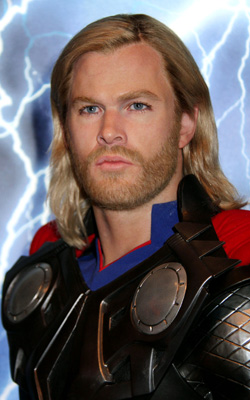 After the newly-elected premiers plane was struck by lightning, an interim government consisting of clouds was proposed by Hollande in a bid to appease Frances sky-based overlord.

Hollande said: We will have the list of buildings known to have lightning conductors ready for our new leader as soon as possible and will, of course, be dismantling the Eiffel tower.

Im heading for Asgard in a wooden vehicle with a ceremonial hammer to hand over the reins of power just as soon as weve established where it is. I hope the suggestion its near Iceland proves to be incorrect as I dont fancy making the trip by longboat.

This will be the first time France has been under the rule of a mythical figure since 1881 when President Jules Grévy fell ill after eating some chocolate and immediately surrendered to the Easter Bunny in a period known as the Floppy-Eared Republic.

Austerity measures put in place by President Sarkozy will be drastically altered by the new Norse rule, with the building of feasting halls in every town and a new national sport of cutting the braids of wenches with a throwing axe.

Productivity may also be affected as every day in the calendar is changed to Thors-day, meaning workers will permanently feel it is nearly the weekend and time to start winding down a bit.

Hollande added: We have all seen the terrible foreign policy proposed by Loki in Avengers Assemble so the protection of Thor is very much in the interests of France. During our first meeting I will also be looking into the possibility that Hulk smash puny Merkel.