Dear Holly,
I am thinking of buying my girlfriend a sexy negligee to wear in bed. I have the suspicion that this might be more arousing to look at than her usual '2005 Race for Life' T-Shirt-and-Primark-sweatpants-combo. However, I don't want to upset her by buying anything too racy. Do you think something in black and red lace with nipple holes and a split-crotch gusset will strike the right chord of subtle femininity?
Angus,
Felixstowe

Dear Angus,
Whatever you buy your girlfriend, make sure you ask yourself this first: in the event of drowning, can the garment be removed swiftly and fashioned into a primitive life-preservation aid? If you don't take this into consideration, your girlfriend could end up like Wendy Mackenzie in swimming lessons last week, battling wildly against the wave machine in a Winnie-the-Pooh quilted nightie, with the rest of the class laughing and pointing at her from the edge of the pool.  Honestly, from the sounds of it, the item you are proposing is neither water-tight, nor buoyant, and so I'd maybe go back to the drawing board with this.
Hope that helps!
Holly

One In Five Descended From Bastard Children Of Scullery Maids 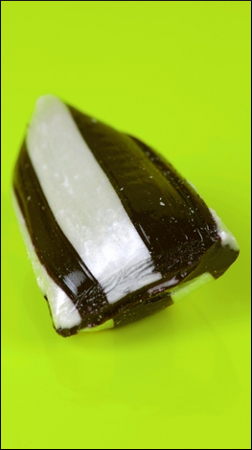 MILLIONS of Britons are descended from the bastard offspring of aristocrat-defiled domestic drudges, it was claimed yesterday.

According to new research, your potato scrubbing female ancestors were dishonoured by the dashing but amoral sons of the gentry who had nothing better to do at the time.

Professor Henry Brubaker, of the Institute for Studies, said: "Basically your great-great-great nan was dragged into a stable and ravished, or traded her virtue for a boiled sweet.

"Or, being a bit simple, she was beguiled by promises she would become the 14th Lady Spatchcock despite being illiterate, slightly bow-legged and down to her last four teeth.

"After getting up the spout she would have been cast out of her job and her broom cupboard before giving birth in a hedgerow and throwing herself down a well."

He added: "Either way, you can be proud of your authentically blue-blooded ancestry, which will impress Americans, especially if you leave out the bit about the boiled sweet."

"And you can also have a nice cream tea and buy a book you didn't really want."