Dear Holly,
I used to have a loving boyfriend who treated me like a princess. However, since the World Cup began, my boyfriend has been spending every single waking hour either watching football or talking about football, and barely acknowledges my presence. I’ve even tried to show an interest in football just to get him to talk to me, but as soon as I open my mouth to discuss the offside rule and how it makes me feel, he just blows a vuvuzela in my face and turns back to the telly again. Do you think I should place an official complaint with FIFA?
Lorraine,
Staffordshire

Dear Lorraine,
The sooner you realise that ladies and football don’t mix, the happier you’ll be. Girls have lots of other, more fun sports available to them, such as netball, hockey, or the egg and spoon race. Your boyfriend is simply indicating that football is far more important than some stupid girl and that you need to go and play with your dollies for a while. If you keep on trying to talk about football, people will start writing things about you in the toilets, such as ‘Lorraine is a big fat lezzer’. If I were you Iâ€™d stop worrying, get out your favourite tea set and forget all about having a boyfriend until this is all over.
Hope that helps!
Holly

Big Brother Comes To An End As Everyone Just Gives Up 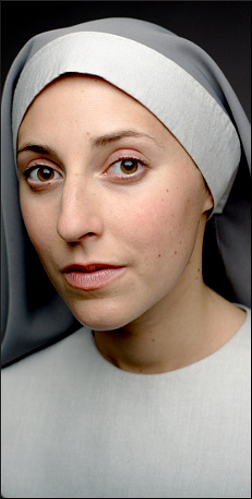 BIG Brother was brought quietly to a close last night as the entire production team decided to do something else with their lives.

The moment of collective realisation came as a dwarf and an amputee licked custard-flavoured gunk off a rockabilly lesbian’s breasts in an attempt to win the housemates a Cannon and Ball-themed food fight.

Producer, Julian Cook, said: “An odd silence descended on the studio. We all just looked at each other, as if searching for some kind of answer.

“I remembered that many years ago I felt something happening in my brain. Let’s call it hope, maybe dreams. I had a vague notion that my life would be worthwhile.

“Then I looked across at my assistant and realised she was crying. Great heaving sobs. She looked at me and said ‘Jules, I can’t do this anymore’ and we held each other as the crew filtered out one by one. No-one said a word.”

He added: “Just as I was about to lock up a junior researcher popped back in to double check that she didn’t have to enter the house at 4am to do a shit in Sunshine’s bed. I pulled her close, kissed her on the check and whispered ‘no, it’s over, go home to your family’.”

As a final act Cook replaced the live feed with archive footage of an otter family playing on some rocks while executives at Endemol and the viewing public think about what they have done.

Former production coordinator Helen Archer said: “I’m going to get in my car and just keep driving until I find a short-staffed owl sanctuary.”

She added: “The world is suddenly a wonderful place, full of vivid colours and kindness. Although every time I see a crow it reminds me of Davina McCall.”