YOU’VE been looking for an excuse not to go to France or Italy and now Brexit has made the decision for you. You’re welcome. But, if you insist on leaving Britain, where to go instead?

Dubai
The weather’s always good, plus, anywhere built on slave labour has the comforting whiff of home.

Russia
Those nice Russians showed such an interest in Salisbury Cathedral and its 123 metre spire so it’s only fair we return the favour.

China
Thanks to Brexit they’ll soon have access to our holiday snaps anyway, so you might as well cut out the middleman.

Walt Disney World
If, for some reason, you secretly want to go to France after all, Disney World has that little Eiffel Tower. Isn’t France lovely without the French?

Trump golf resort
Perfect for people who like things to be ‘high class’. The bathroom taps are gold-plated and there’s a picture of President Trump on the bedroom wall. I go there a lot.

Narnia
Not the warmest, but you’ll have the sense of really being abroad. And it has a unicorn.

The highlights of the 2019 stag and hen season 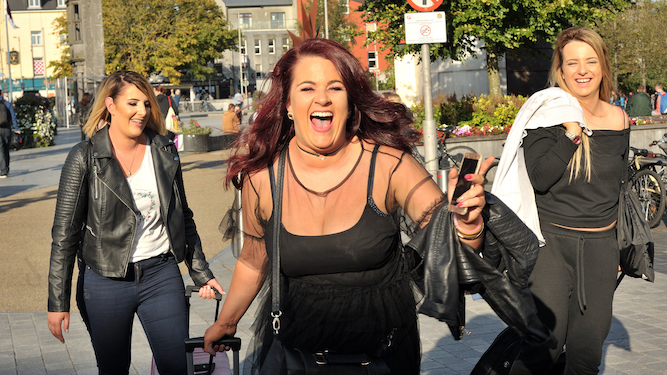 THE carnival and revelry of another stag and hen do season is almost upon us, but what will be the must-sees in 2019? Find out:

TWELVE GIRLS WRECK £26,000 DIGGER
Lucky Cardiff city centre, next weekend, will see 12 hammered women in their early 30s climb onto a digger for selfies, accidentally shove it back a bit into a hole, take more selfies, realise it’s going to fall in and swiftly climb in a minibus to Cardiff Bay.

BRITS IN AMSTERDAM
The stag invasion of Amsterdam will be mighty in numbers but easily ignored because they all roam in befuddled packs along the same two streets between Dam Square and the Red Light District. One will get a tattoo, one will get herpes, one will develop a cannabis habit that makes him a dealer in six months.

COLIN WAS GONE ALL NIGHT
Colin proves himself, on a stag night in Madrid, to be such a legend that he was gone by 10pm and nobody saw him until lunchtime the next day, probably been with some bird. In fact, Colin slipped back to the hotel and had a good night’s sleep before joining the party refreshed for a light meal.

THE SYNCHRONISED WEEP
At exactly 12.37am, when all hen parties are in nightclubs none of them wanted to go in, they will commence to weep. The tears, triggered by a tearful toast, Kay’s remark to Gemma, or simply entering a toilet, will sweep up and down the UK.

SOILED TIGER
Seen everywhere from Edinburgh to Ibiza, the lone man staggering along in a badly self-soiled tiger costume, sometimes attempting to light a damp cigarette, means that it is the end of the night at last.

FIRST DRINK NEXT DAY
The lowest moment of any stag or hen weekend is the first drink at lunchtime the next day. Whoever suggests it will never know happiness.