Homeworker not worried about fourth stain on jumper

A WOMAN who works from home has decided a jumper with four stains on it is definitely still okay to wear.

Eleanor Shaw woke at midday on Monday to discover that a baked bean incident had been added to the other marks on her top, which included last Tuesday’s curry, the buttery outline of some upturned toast, and something that ‘smells a bit milky’.

Shaw said: “It’s an occupational hazard of homeworking, that you eat rather a lot. So I’m not going to be stigmatised for the amount of food that naturally gathers on my clothes.

“Overall, this jumper still registers only eight out of ten for grubbiness, so I reckon it’s got another week left in it.

“Besides, I sometimes see a face in one of the stains, so it’s also good for a bit of chat.”

What inappropriate comments are you making? 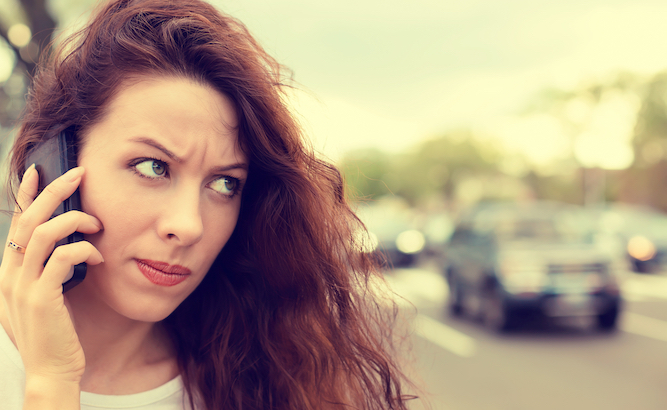 ARE you that person who takes pride in saying things that make people uncomfortable or upset? Here are some excellent inappropriate ice-breakers.

A cheerful ‘You’ve put on weight since I last saw you!’ will make anyone feel terrible. But compliments-cum-insults are great too, like ‘Have you been on a diet, Lucy? You’ve got less of that bloated look in your face.’

Dodgy but not overtly racist comments

The sort of comment that’s well away from actionable racism but makes everyone feel extremely awkward, for example: ‘I’m in favour of immigration. Where would we be without curry, reggae and weed?’

Dredge up embarrassing incidents from the past

If a friend wet themselves during a primary school play or had a hopeless teenage crush, remind them of it in company. Really drag out all the humiliating details and congratulate yourself on being such a hilarious raconteur.

Especially popular with old people who are trying hard to fit in. Comments like ‘You wouldn’t think a pretty girl like that would need to be a lesbian, would you?’ or ‘You can tell which one is the man’ are a great help.

Be upfront about bodily functions

You may think you’re refreshingly unembarrassed by bodily functions, but people really don’t want to hear a graphic account of your bout of constipation, including such details as ‘it was stuck halfway out like Winnie the Pooh in that story’.

Bring up the sex lives of others

Joking to younger colleagues ‘I bet you’re at it five times a night!’ in a creepy, envious way is upsetting for them, but when HR get involved they will probably conclude – correctly – that it wasn’t deliberate sexual harassment and you are just a twat.