This week will be a series of unexpected journeys, meeting new people and facing difficult challenges. Yes, you’re going to jail.

Taurus (20 APRIL – 20 MAY)
While you may well be the only sane person in a world gone crazy, on this very technical legal point I’m going to go ahead and rule that you’re madder than a stoat with shaved balls.

Gemini (21 MAY-20 JUN)
You still remember every detail of your first teenage kiss – the song playing on the radio, the smell of her shampoo, the awkward, tender promises you made to each other. You also remember every single other second of your childhood in equally vivid detail. You’re 43 years old. What’s wrong with you?

Cancer (21 JUN-22 JUL)
The sight of you sat alone, blowing out the birthday candle on your apple pie has topped the list of the most pathetic things the staff of McDonalds have ever seen. Bravo!

Leo (23 JUL-22 AUG)
Time to buy a whole new summer wardrobe. The old one is full of restraining orders and wank-hankies.

Virgo (23 AUG-22 SEP)
Having heard The Hunger Games being described as ‘Battle Royale mixed with Twilight’ you’re left with the indelible image of a gleaming piece of beautifully fresh sashimi wiped on a tramp’s taint.

Scorpio (24 OCT-21 NOV)
One person a year dies from head injuries sustained from a prostitute falling out of a plane. There is a very specific reason I’m telling you this.

Sagittarius (22 NOV-21 DEC)
Mark all emails ‘read’. Delete all voicemails. Flick the sign on your office door to ‘out’. And now for eight hours of ebay and absentminded groin exploration.

Capricorn (22 DEC-19 JAN)
While you’re not ready to sell your soul to Satan for unlimited earthly delights, you have been looking into incantations which lease him your sense of decency for three months in return for a cup final ticket.

Pisces (20 FEB-20 MAR)
I have read and agree to the Terms & Conditions of Psychic Bob Horoscopes and accept full responsibility for any loss of income, temporary blindness and/or genital trauma.

All three versions will be shit, promise Microsoft 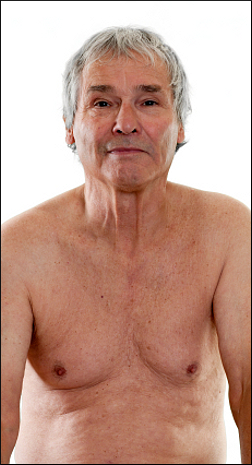 THE Windows 8 operating system will come in three varieties of ball-shrinking awfulness, Microsoft has promised.

The new software will be sold in a package including a DVD, a wax cylinder, a floppy disc and a series of clues leading to the location of an old man who once knew but has since forgotten your activation code.

There have been thousands of modifications to the system to ensure that absolutely nothing is where it used to be, while the trademark ‘download updates now?’ also comes in the form of an email request, an angry letter in block capitals and two ex-paratroopers knocking on your door at 3am.

A Microsoft spokesman said: “Rather than producing a dozen different systems that make you want to cry, we’ve streamlined it to three entitled ‘hurry up’, ‘why is it doing that?’ and ‘just fuck off’.

“You’d think that with Bill Gates spending most of his time on charity work we’d have got better at this. But we haven’t and we don’t know why.”

One major development is the absence of the ‘Start’ button, which was removed on the grounds it gave people the impression that something may actually happen.

The spokesman added: “Also, we’ve become Buddhist so we can be more like Steve Jobs which means that each version of Windows is a karmic reincarnation, punishing people for acts of violence committed against the previous version.

“There is no ‘start’, just a cycle of endlessly repeating error messages.”