Copacabana Beach
The sand is very white, being made up of small particles of white rock and seems to stretch for miles, which is because it does stretch for miles. The average temperature can be as high as 31 degrees or as low as 19 degrees and sometime it can be 23 degrees. Or 28.

Christ The Redeemer Statue
The statue is 98 foot tall, which is the same as 16 people who are six foot tall. Plus another two feet. It was built between 1922 and 1931, which is nine years, not quite as long as I played for Manchester United. Manchester United is a club in the North of England, which has no statues of Christ taller than 80 feet. I don’t think so, anyway.

Currency
The national currency of Brazil is the real, as in ‘Real Madrid’ or ‘Real Gone Kid’, which is my favourite song to sing at karaoke. Karaoke is Japanese rather than Brazilian, but I’m sure they probably have karaoke bars over here. I’ve been a bit busy with the commentating and everything so I’ve not been out much to bars. I did have a lager in my hotel room last night, though, because I was really thirsty.

Favelas
The favelas are where the really poor people in Rio live, a bit like Moss Side but with better dancers than Bez, who some people say I look a bit like. We were advised not to go there as it’s quite dangerous so I’ve not been there.

Sugarloaf Mountain
My favourite kind of loaf is the one with all the seeds in it that my wife gets, but you can’t get that over here so I’ve not really had much toast since I’ve been here. From the top of Sugarloaf Mountain you can see the favelas and the Christ The Redeemer Statue and Copacabana Beach, where the temperature can sometimes be 25 degrees. Or 30. 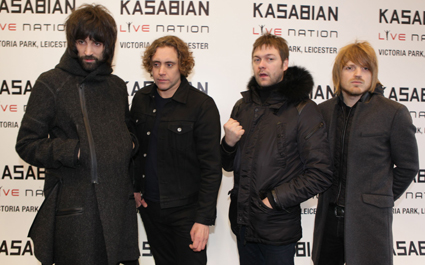 KASABIAN’S number one album 48:13 is named after their fan base’s upper and lower intelligence test scores.

A source at record label Columbia said: “Data showed that Kasabian fans varied from an IQ score of 48, which means they are technically imbeciles, to a lower ranking of 13 which is lower than a caterpillar.

“It’s nothing to do with the album’s length, that was pure coincidence.

“We considered the alternative title Fuckwits but you can’t say fuck on Radio 1.”