THE England football team’s sports psychologist Steve Peters has dislocated his cerebral cortex while celebrating the equaliser against Italy.

Peters, who had been coaching the team to accept failure, received such a jolt of euphoria that doctors fear he may have permanently damaged his sense of proportion.

Roy Hodgson said: “I went to visit Peters in hospital, and the first thing he said was ‘Despite the setback, I think you guys can go all the way.’

The doctors have confirmed that his detachment from reality is the worst theyve ever seen, and consequently optimism is beginning to overload the functioning parts of his brain.

Just before I left he grabbed my hand and said: If not this time then next time, Roy! Keep building! Never give up!”

The loss of Peters has had a serious knock-on effect on the England squad, with an outbreak of self-belief crushing several players under the weight of expectation.

Daniel Sturridge said: Steve was always so negative, really convincing us that we didnt have the ghost of a chance. I promise Ill never score for England ever again.

Blair unhinged, say lots of people who agreed with him at the time 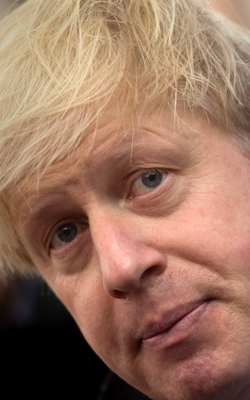 TONY Blair is off his nut, according to people who thought the invasion of Iraq was a brilliant idea.

The former prime minister insisted the latest sectarian carnage was not connected to the overthrow of Saddam, prompting London mayor Boris Johnson to say that it obviously was, but there was no way he could possibly have known what would happen when he was encouraging Tony Blair in 2003.

Psychiatrist, Dr Martin Bishop, said: While realising your mistakes is mentally healthy, lets remember there were lots of people who said that invading Iraq would be an utterly insane thing to do.

Many of them were clever academics with the word Iraq in their job title.

But they were ignored. By Tony Blair, obviously, but hes been completely out of his mind since at least 1994. Seriously, watch those old Labour conference speeches. Jesus.

But they were also ignored by John Prescott and Malcolm Rifkind and Boris Johnson. And that was fucking demented. Dyou see?

Now I divide my time between Barbados and Saint Tropez.