The David Davis guide to being cunning like a fox

I AM David Davis MP, world-class negotiator and hero of Brexit, and these are my infallible strategies for outwitting any opponent.

At the start of negotiations it’s normal for both sides to make unrealistic demands. The EU asked for £39 billion so I demanded a five-foot prawn mayo baguette. There’s still some left in the fridge so I feel I won that round.

Negotiations are like a game of poker. You’ve got to show other people your cards, look really unhappy if you’ve got rubbish ones and shout ‘Snap!’ if you’ve got two the same colour.

Become a master of bluff. At the Brexit negotiations I told Barnier the UK was going to join a different European Union, to which he replied “Oh for fuck’s sake!” and snapped a pencil. I knew then that I had him.

If you’re negotiating with foreigners you can tell them one thing then say something totally different back in England. It’s not like there’s some magical device for sending words to different countries.

NEVER let other negotiators know what you’re thinking via subtle visual or verbal cues. Put a plastic bucket on your head and keep shouting “Bollocks! Bollocks! Bollocks!”. Only this way will you win their respect.

Here’s an old trick from my Territorial SAS days: if events are not going in your favour, run off and hide in a ditch for several days sucking the fluid out of frogs to survive. That had the EU confused when we were meant to be discussing border controls! 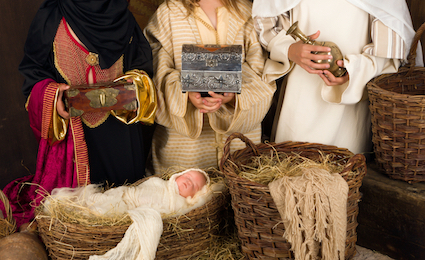 A GANG of six-year-old atheists is plotting to sabotage a school nativity play with a foul-mouthed attack on religion.

The six-year-olds will use their 30 seconds of dialogue to trash the story of the birth of Jesus as a ‘fucked-up fairy story obviously just copied from pagan myths’.

One of the gang said: “According to the script we’re supposed to perform a rap about the ‘glory of God and the coming of the Messiah’. Instead we will destroy the oh-so-jovial family atmosphere by condemning organised religion as an elaborate scam that preys on the feeble-minded.

“We will end by joining hands and shouting in unison, ‘There is no God and the baby Jesus is a lie!’”

Another member of the gang added: “We became atheists not long after we began rehearsals in the middle of September. As well as the whole thing being a pain in the arse, we just thought ‘do people really believe this bollocks?’.”

The father of one of the children said: “The ‘rapping’ sequence sounds utterly hellish so by ruining it they’ll be doing us all a massive favour.”