Why I wish I'd invented Friends Reunited instead

HELPING people have pathetic affairs with old school friends would have been a lot less hassle than undermining Western democracy.

It all started out so well. I was just your average super entitled Harvard-educated nerd who created a fun way for people to be narcissistic dicks and reconnect with people they’d last seen when they weren’t overweight and bitter.

I should have stopped there, like Friends Reunited did, at the point of enabling people trapped in boring marriages to ruin their lives thanks to an ill-considered meet up with Gavin who they once snogged in a bus shelter.

But once I’d started wrecking relationships, I wanted to wreck everything. I was crushing the global population’s mental health by turning them into dopamine-driven monkeys addicted to people liking pictures of eggs. I was drunk on power.

‘What else can I fuck up for kicks?’ I pondered. This was the moment I decided to mess with society by harvesting data and manipulating elections in return for money. It was a game. Kind of like Farmville, but not so soul-crushingly shit.

But now everyone hates me because I’ve fucked over the entire world. That didn’t happen to the Friends Reunited guys.

I wish I was them. 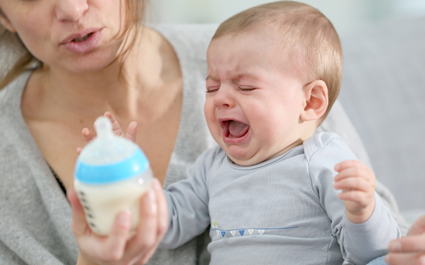 A SCREAMING baby is just saying what everyone is thinking, it has been confirmed.

Tiny infant Francesca Johnson’s ungodly howl has been met with nods of agreement from all the adults within earshot.

Johnson’s aunt Nikki Hollis said: “As soon as she started making that ear-splitting shriek I was like ‘yes’. My car needs petrol but I can’t be arsed putting any in, I work like a dog every day just to make some bastards richer and I have one of those bits of nail that keeps getting caught on my sleeve.

Family friend Stephen Malley said: “It’s Tuesday, it’s raining and there’s that sense of ennui that you can’t put into words. It’s such a relief to hear it expressed.