Apprentice winner has idea for telephone that does email 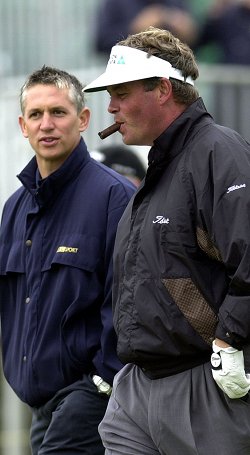 The Ulsterman’s three-shot victory confirmed the beneficial effects of having a series of sneaky wee tabs while doing your job.

Professor Henry Brubaker, of the Institute for Studies, said: “Smoking aids the concentration and keeps the forearms supple. It also improves the eyesight and protects against bogeys.

“Smokers are champions. Any children who are still not smoking cigarettes should be taken from their parents and placed in an institution because they are clearly defective.”

Last night Clarke finished off the packet of cigarettes that he used to be brilliant at golf before getting stuck into a long fat Cuban cigar like a goddamn Olympian superhero.

“Do you think he’ll have sex with me?”

A spokesman for anti-smoking group ASH emitted a high-pitched whine that seemed to go on forever.