Specially-commissioned slogans include ‘I wanked off Team GB’ and ‘Coe is a bumtard’. 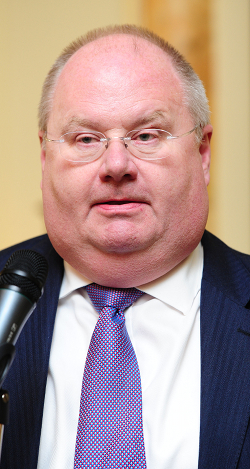 SCIENTISTS have made a breakthrough that could see dozens of children’s stories destroyed in a laboratory.

Professor Henry Brubaker, of the Institute For Studies, said: “We now have the technology to cure all the ills featured in nursery rhymes, meaning they can just go to sleep without this pathetic, childish nonsense.

“And if not we have developed Wee Willie Winkie’s Sleep-Tight Strawberry Sugar Syrup.”

Keen to capitalise on the new reality in children’s entertainment the Institute is publishing a series of tales for under fives including Ring a Ring of Inoculations, Mary Had a Little Lamb with E-Coli and Jack and Jill Order a Belfast Sink.

Jackanory will return to the BBC but will now be called Peer Reviewed Research Update and will feature a discussion on the psychopatholgy of the emperor’s visual hallucinations and a devastating report on the dangers of Heidi.

Meanwhile, millions of adult Harry Potter fans have been warned that their embarrassing fantasy world will not be spared, despite serious-looking dust jackets and dinner party discussions about subtexts that are simply not there.

Brubaker said: “Childhood is a magical time of boundless energy where anything is possible and everything is questioned, which is probably what makes them so fucking annoying.