How to enjoy the perfect bank holiday hangover

OVERDID it in the beer garden yesterday? Here’s how to spend a precious day off indulging your acute hangover until it finally subsides:

A steady chorus of feeble whimpers will signal to the world that your head is being squeezed in a vice in a room that’s nauseously spinning. Keep going for hours as you toss and turn in sweat-soaked sheets in the vain hope that contemptible groaning will help metabolise all those pints faster. It won’t.

A quick and easy hangover cure if you’d planned ahead and bought bacon, beans and hash browns. But as all you’ve got in is a stale half-box of Cookie Crisp, you’ve now got to stagger to the Spar and heave in the produce aisle as the smell of cauliflower hits you in the face.

1pm to 3pm: bring up your fried breakfast

Just like Christmas and Easter, bank holidays have their own time-honoured customs. Sadly they’re less fun, involving as they do feeling your stomach roll and flex in preparation for the regurgitation of the greasy, burnt breakfast you prepared earlier. Getting some sick on the T-shirt you slept in is all part of the fun.

The sofa is the perfect place to lie prone while watching TV while close to death, which is handy because you’re incapable of doing anything else. It’s not like you’re missing out though; even if you were stone-cold sober this is how you’d spend your day off. You just wouldn’t feel quite so f**king awful.

Wondering why your daylong regime of paracetamol and ibprofen has done nothing? Try to speed up the process by reading about drugs that can knock out an elephant in less than fifteen minutes. As you start to look into buying tiletamine darts on the darknet you’ll realise your hangover has faded from intolerable into merely horrible, just in time for work tomorrow. 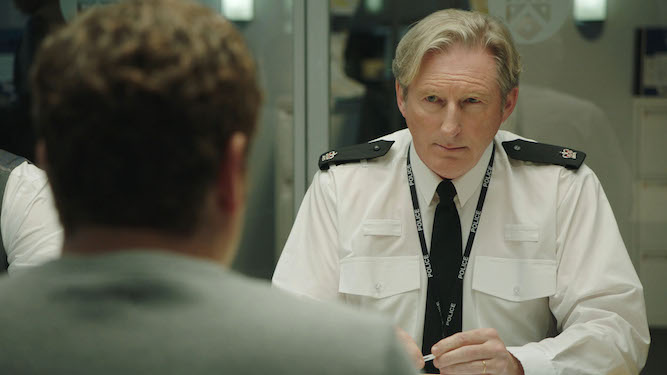 THE conclusion of Line of Duty saw viewers completely fooled by a plausible twist, so they’ve decided it must be bad. But these endings were worse:

Obvious but true. Daenerys’s heel turn was reasonably well-foreshadowed, but a show that prided itself on murdering protagonists letting Jon Snow live? Giving Bran the Wilfully Random the Iron Throne? Making Tyrion his Hand despite his last two positions as Hand refusing to give him a reference? Balls.

The only explanation for the final episode of Sherlock is that the creators were sick of constant pressure to make more and decided to kill that desire once and for all. Which their Crystal Maze of murder absolutely did. Sherlock has never been mentioned again and the stars are now safely in the Marvel Cinematic Universe, which has editors.

Another occasion where viewers who’d spent weeks concocting wilder and wilder theories were let down by a realistic, believable conclusion. Instead Nicole Kidman should’ve been behind the whole thing using a combination of hypnosis, puppetry and glass-screen projection.

The ending of the original trilogy wasn’t bad. The ending of the prequels, well, at least they were over. But this latest ending? The Emperor’s granddaughter declares herself an adopted Skywalker and flies off to what, run Jedi Knight Story Hour at the Galactic Library?

Millions were glued to this cinema verite classic back in 1991, which centred around allied forces retaking Kuwait and had an on-screen budget of billions. But the ending after a mere 100 hours of ground war came out of nowhere, offered no closure and has a 34 per cent rating on Rotten Tomatoes. The sequel/reboot in 2003 was even worse.

36 years weaving a story around a London square, and it just ends abruptly with Sharon taking over the Queen Vic, leaving all the other storylines dangling? Yes, there was a pleasing circularity to it, but what about the thing with Denny and the party boat? What about Phil? It was barely an ending at all. What do you mean, it’s back on?