It's great to be back to normal, says man downing six pints on a Wednesday morning

A MAN keeps saying how great it is that things are back to normal, as if getting shitfaced in a freezing cold pub garden in the morning was something he used to do often.

Stephen Malley has visited his local pub every day since it opened on Monday and got absolutely pissed before midday every time.

Malley said: “It’s just great to feel like life is getting back to usual. I suppose I wouldn’t normally be drinking in the morning as I’d have been sacked if I wasn’t still furloughed, but you know what I mean.

“I guess I wouldn’t generally choose to sit outside a pub garden in April, with my hands becoming numb as they clutch a frosty pint of lager, and the sleet turning my ears blue.

“In fact, that would be stupid. But to be honest I’m so desperate for life to get back to how it was that I’m prepared to suffer for it.

“Or maybe I’m just an alcoholic. Hard to say.

“I can’t wait to do all those things I used to. Although to be honest I might not bother because I’ve discovered getting pissed immediately after getting up is the only thing I really enjoy.”

How to have an arse-clenchingly awkward family reunion, by William and Harry 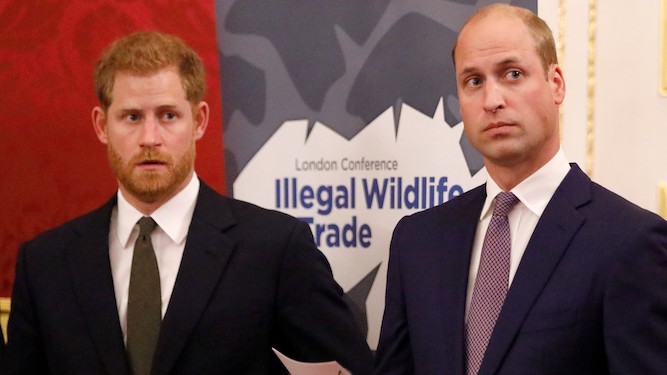 FALLEN out? Want the next family get-together to be sphincter-tighteningly awkward for everyone? Princes William and Harry explain how:

William: bitch about each other beforehand

Clear the air with a good old whinge to the rest of the family. They’ll all be on your side, you can let loose with some of your most venomous barbs, Kate can slag off that glam cow’s dress, and nobody’s any the wiser until Sophie briefs the press.

Racism’s such a touchy subject even racists don’t like being called racist. Look at Lozza Fox. So don’t go in naming names. Leave it nice and vague so the whole family’s wondering if you mean them and trying to remember what they said when they were pissed at the wedding.

William: be under constant, white-hot scrutiny

Family are always difficult, and never more so when every gesture is being analysed. Was the way you scratched your nose a coded message about how your family has ostracised you, or did you just have an itch? Expect to find out in an 84-page Sunday supplement free with this weekend’s Mail.

Harry: have a legion of incensed online fans

Because my wife’s American, black and was on the telly, apparently half the female population of the Western world considers her a personal friend. Casually mention all her entrenched and loopy devotees blame your brother’s wife for you drifting apart, convinced her true villainy will be exposed in The Crown.

Never fired a shot in your life, while your brother was an actual Taliban-killing soldier? But he’s not allowed to wear the uniform and you are? Really drive a wedge between you by turning up in the full kit, medals and all, and just hope he doesn’t bring his SA80 assault rifle.

William and Harry: reunite at a funeral

Done all of the above? Reuniting at your average jubilee parade would be uncomfortable, but not blisteringly awkward. But at Granddad’s funeral when you’re expected to be on your best behaviour the crackling tension will only get worse. Our advice? Save the fireworks for another day, like Prince Andrew’s court case.