Has your ongoing feud with an old school rival f**ked up the country?

DID you have a rival at school? Have you continued your competition into adulthood? Has it effectively destroyed a country? Find out:

Why did you start fighting?

What turned the row really bitter?

A) When I drove my Nissan Micra to sixth-form, that I’d only got Friday and was paying £300 a week insurance on, and him and his mates booted footballs at the passenger door
B) When Cameron only went and got himself elected Conservative leader and then prime minister even though he knew I’d bagsied both those

How did you get revenge?

A) I knew where Jordan was doing his apprenticeship, so when I saw him having a spliff by the bins at lunchtime I dobbed him in and he got fired
B) I decided to lead the Vote Leave campaign out of spite, managed to engineer a win in the 2016 referendum, and he had to resign

Did you end it there?

A) Did I f**k. I looked up Sophie Rodriguez, took her on a date and now we’re engaged while Jordan’s shacked up with that boiler Hannah Tomlinson
B) Did I f**k. I carried on lying about Brexit for three more years until I got made prime minister and won a majority shitloads bigger than his

A) No way. I’ve reported him to the tax, got him denied planning permission for a conservatory, and put a fork through the lining of his carp pond
B) No way. I’ve authorised an independent investigation into his lobbying and widened the brief to include the whole pig-f**king thing

Mostly As: You are a mean, petty, vengeful arsehole who has let an irrational desire to settle scores take over your life. But Britain has been largely unaffected.

Mostly Bs: You are an entitled, self-obsessed, insecure twat who has caused vast economic damage to your country just to prove a point. And you’re not finished yet. 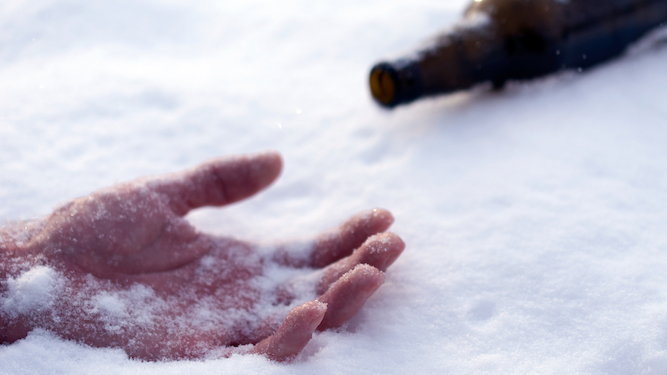 DOZENS of brave Britons have perished in noble and gallant service to their country by getting hammered in beer gardens.

Braving blizzards and sub-zero temperatures, the heroes were not deterred and did what England expected by heading to hostelries to toast the easing of lockdown restrictions.

Joe Turner, who survived Arctic conditions in the beer garden of The Red Lion, said: “I was lucky enough to escape with only hypothermia and severe frostbite. What a session though.

“We saw it as our patriotic duty to sink those pints, come hail or sleet or now. It was bitterly cold but we were undeterred.

“By 3pm, two of us had been hospitalised and my mate Roy was face down on the table dead, his body unable to take the strain of the elements, but I’m proud to say he died having got his round in.”

He added: “36 bold men and women succumbed to the weather and perished, yes, but they will not be forgotten. We’re meeting to drink to their memories at 12pm sharp.”