How we made... six f**king terrible songs

DO you love those articles explaining how iconic tracks of the past were put together? Here musical artists recall how they made the hits you f**king hate.

I’d Rather Jack, The Reynolds Girls

Pete Waterman: I f**king hate music. Really f**king hate it. It’s nowhere near as good as steam trains. So I decided to make a track about how awful all music is, from jazz to the Rolling Stones. Made the top ten in Britain, Ireland and the Netherlands. Paid for me to get my mansion rewired, and that’s what the creative process is all about.

Ed Sheeran: I was lunching with my accountant and he asked if I’d thought about monetising the working-class wedding market. As a songwriter, those sort of remunerative sales strategies don’t come along every day. I was physically sick while composing it and the middle-eight still makes me nauseous now, but every artist must suffer for his craft.

Neutrino: The UK garage scene was always a bit shit, so the question was: ‘Can we make it worse?’ Oxide taped the Casualty theme off the telly with an old cassette recorder, I talked some bollocks over it, and we were pretty much done. Took about 15 minutes.

Sir Paul McCartney: Me and John were expressing how much we didn’t like each other any more via the medium of music. As we were putting the finishing touches to this turd, George Harrison walked in and said ‘This is awful, can we not do this?’ We refused. He went off in a huff and wrote My Guitar Gently Weeps, so some good came of it.

Yes Sir, I Can Boogie, Baccara

Mayte Mateos (singer): My brain surgeon tells me I now have the mental capacity of a ridge-tailed monitor lizard as a result of repeatedly singing this song. I fail to see the problem, because yes sir, I can boogie!

Doctorin’ the Tardis, The Timelords

Bill Drummond: The KLF were always ironic, so this isn’t shit. I think. I exist in a state of such infinitely-layered irony I can’t work out whether the Justified Ancients of Mu-Mu were good or a joke or what. Still it made me some money, which I later burned.

'We value your privacy' and six other blatant corporate lies 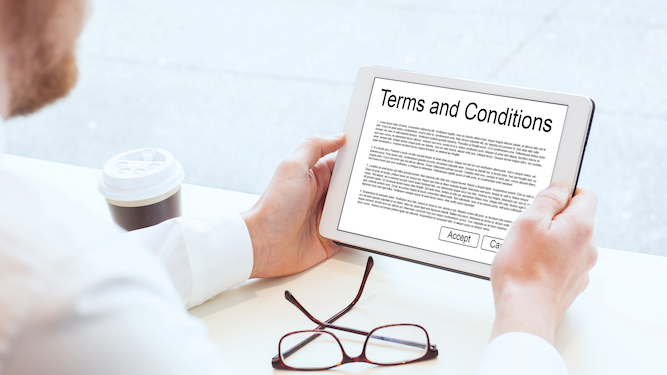 THE corporate world is a palace of lies so glaringly obvious that they go almost unnoticed. Here are a few of the most frequent:

Every cookie consent form on every website invariably says ‘we value your privacy’. And by ‘value’, they mean ‘we are accepting cash offers for every little bit of information we have managed to extract from your visit to our site to find out how tall Amy Adams is.’

Customer welfare is our number one priority

So you’re investing every penny of your annual profits in the welfare of your customers, yeah? No. Profits are your number one priority. You know it; we know it. Be refreshingly honest and say so.

The environment is our number one priority

Hang on, customer welfare was your number one priority a minute ago. Make your mind up. Companies love pretending to be green while not even trying. ‘We’re working hard towards all our packaging to be fully recyclable’…by August 2070, when we’re all up to our knees in seawater because the ice caps melted in July 2045.

That miracle spray that gets bird shit off your car in 60 seconds seems to suggest a repeat application is highly rare, though possibly necessary if a bird that’s had a particularly hefty meal has evacuated on your freshly-washed car. In fact the spray does nothing and good old-fashioned elbow grease does the work in five seconds, leaving you 55 seconds to throw the spray in the bin.