Teenagers to hold their own prom by getting pissed in field

SCHOOL-LEAVERS disappointed their prom has been cancelled are to hold their own by getting hammered on cider in a field.

16-year-olds who have been denied their formal farewell to their education have agreed that they will not let the occasion go unmarked and will instead get booze in and neck it outside.

Charlotte Phelps said: “The prom is an age-old British tradition we nicked off America at some point in the 00s, and it’s a tragedy ours has been cancelled due to the Covid.

“So, rather than miss out, we’re holding our own. Instead of a red carpet there’s a muddy path lined with empty cans, and instead of a lavishly-decorated dancefloor Ryan and Jordan have built a bonfire out of pallets.

“We’ll dance, kiss, trade memories, and humiliate social misfits but this year we’ll do it beneath the stars, on the edge of a flooded quarry with rusty cars in it, drunk on youth and El Bandido tequila beer from Aldi.

“I’m sure the row when I make out with Jack and Ryan sees us will blaze just as brightly in the open-air, as will the bit where I hold Georgia’s hair while she’s sick in a hedge.”

Father Simon Phelps said: “Ah, a return to the true prom as when I was a young man. I pissed myself at mine.” 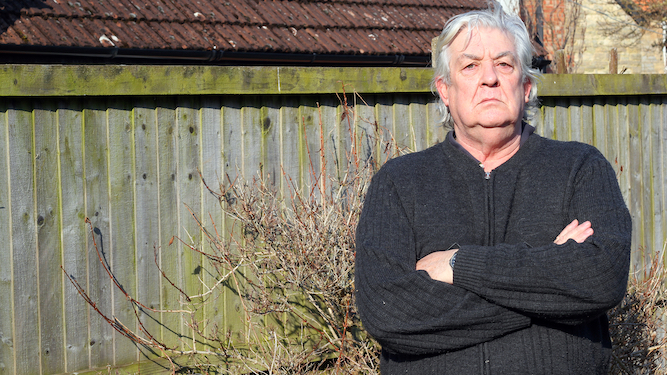 A CORNISHMAN with no reason to visit London anytime soon has angrily refused to wear a face mask on the capital’s underground, he has stated.

Truro resident Norman Steele lives 250 miles from westmost station Chesham and works 15 minutes from home, but has nonetheless made clear his absolute refusal to wear a protective mask when boarding the Tube from July 19th.

Steele said: “Does it affect me? Yes. This is my bloody country. If the London wankers aren’t free then neither am I.

“Does it make sense? Apparently. Am I outraged by it regardless? Abso-f**king-lutely. I thought Boris was letting us take personal responsibility.

“What if my bus to Penzance gets diverted via Elephant & Castle because of roadworks? Before I know it the jackboot of Sadiq Khan’s draconian rule’s stomping down on my face.

“And all because he wants to reduce the airborne transmission of a virus in his overcrowded city without giving one thought to how it would affect proud Cornishmen, the power-crazed bastard.”