Wetherspoons to be preserved as a warning from history

JD WETHERSPOON pubs are to be preserved as a warning to future generations, it has emerged.

The chain of low-cost pubs for hard-drinking alcoholics is to be taken over by the World Heritage Organisation and turned into a series of haunting but instructive tourist attractions.

A WHO spokesman said: “Anyone who’s visited a Wetherspoons knows it’s a stain on Britain’s proud history that must never be repeated.

“Visitors will be shown around the sticky carpets of perfectly preserved Wetherspoons pubs, allowed to look at the disturbingly cheap menus, and will come to understand the soul-crushing terror of being in such a place.

“Where we can we’ll get former regulars to show them around, sharing stories of their harrowing time within its walls drinking pitchers of Mango Monster Mash, but so few of them have survived.

“Critics say it’s a tasteless way to commemorate the millions of Britons who spent their lives in Wetherspoons, but we think it’s the best way to keep their memory alive.” 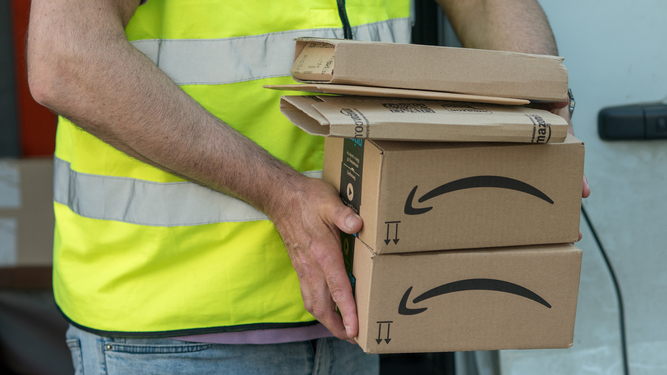 A NEIGHBOUR has confirmed that it is ‘totally fine’ and he is in no way annoyed about collecting your Amazon deliveries.

Norman Steele said it was ‘no problem whatsoever’ to be regularly interrupted and used as a handy parcel pick-up point for his neighbours.

Steele said: “Today I took delivery of a small package, possibly a t-shirt, for my neighbour Emma. It’s really not an issue. I’d only just stepped into the shower anyway.

“And yesterday it was fine to have to break off a phone call, ask my wife if we’d ordered anything from Amazon and lug a massive heavy parcel inside.

“I think it was some weights for my neighbour Steve. That was no problem and I definitely wasn’t muttering ‘narcissistic weight-lifting scumbag’ under my breath.”

Neighbour Emma Bradford said: “Norman’s lovely. By which I mean ‘his good nature is convenient for me to exploit’.”