A WOMAN has scoured her recipe books for a dish that requires a splash of red wine just so she has an excuse to drink the rest of the bottle.

Lauren Hewitt found a spaghetti bolognese that needed 50ml of red wine, knowing that it would allow her to neck the other 700ml and get pissed on a week night.

Hewitt said: “An authentic spaghetti bolognese requires red wine to intensify the flavour, so it was vital that I spent 10 minutes in Tesco picking out a bottle I really like.

“Yes, I substituted the rest of the complicated ingredients for a jar of Dolmio and a tub of cheap mince, but that’s why the wine is necessary. To elevate it. Nigella would do the same.

“And it’s nice to have a glass while I’m cooking, and then two glasses while I’m eating, and then polish the bottle off in front of the telly after. Otherwise it would just go to waste, despite the fact it’s a screw top and would actually keep for several days.

“Anyway it could be worse. I nearly decided to make penne alla vodka.”

The worst albums to have sex to 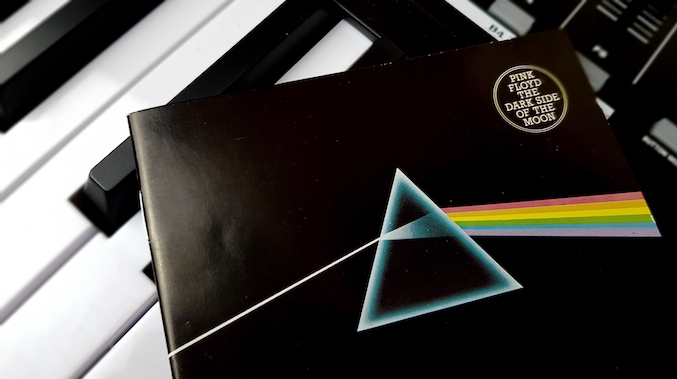 GETTING some? Decide to put on a little music to keep the mood sexy? Made the wrong choice, curtailing sex entirely? You might have put on one of these:

Enter the Wu-Tang (36 Chambers) by The Wu-Tang Clan

Hip-hop is cool and sexy and this is an acknowledged classic. The beats are storming and the flows fierce. It’s just that, you know, it can be a bit focused on drug-related murders and while the Guardian assures you that’s fine it can, mid-f**k, make the mood a bit awkward. Especially the skit about the shot guy bleeding to death.

Dark Side of the Moon by Pink Floyd

For a load of ugly blokes there are some sensual sounds on here and it inspired many a successful shag in the 1970s. But it’s now so indelibly associated with rock history documentaries you’ll see a slow pan over Abbey Road’s iconic EMI TG12345 Mk 4 mixing console even while you’re going at it from behind, and that won’t help.

Trip-hop was the mating music of the 1990s. Either of Massive Attack’s first two albums are great to f**k to. The third, which is full of fuzzed-out guitar paranoia? Not so much, especially when the third song is the theme to House and summons the mental spectre of an irascible Hugh Laurie dismissing your lovemaking as amateur and medically unwise.

Musically it seems ideal for banging. Lyrically it’s purring with lust. But Rihanna’s surpassing confidence in herself as a sexual being quite frankly makes anyone listening – male or female – feel inadequate. Well before climax you both silently agree to stop rather than humiliate yourselves further. Then she sings ‘Sex with me, so amazing’ to rub it in.

Any album where their kids are on it

It’s a failing of musicians who become parents; they think no album can be complete without recordings of their precious offspring, whether Faithless, Jay-Z or Adele’s new one. Nothing puts you off your stroke more than the voice of a child and if you’re a new father your genitalia will fully retract into your torso.

Second Coming by The Stone Roses

Apart from the savage irony of the title – some of us are lucky if we come once – it features one of most jarring shifts between tracks ever, when a run of pleasant acoustic numbers is followed by the cacophonous Begging You. Your rhythm will be shattered and you’ll end up huddled under the duvet looking at opposite walls, wondering, like the Stone Roses, where it all went wrong.